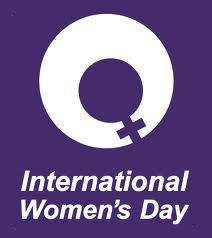 Lately, when I turn on the TV I feel like I’m on a time warp. After months of hearing white male politicians discuss female reproductive rights including candidates such as Rick Santorum whose extreme position on abortion would send this country back several decades, here comes Rush Limbaugh calling a female college student a slut after she talked about the impact on female students of the lack of contraception coverage by her school’s health insurance during an unofficial congressional hearing. What year did you say this was?

But today is International Women’s Day (IWD), so stop the engines of regression and let’s celebrate. Let’s make lists and lists of all those things that are better for women now than they were a little over 100 years ago when the first IWD was celebrated. Let’s all feel a sense of accomplishments. But wait. Maybe we should reflect on how slow the progress has been.

Because although there’s been progress and women still have the right to vote, other hard-won rights have been debated ad nauseum in the public discourse lately.

Other facts to keep in mind include that in America, women are more likely to be in poverty than men, they make up about 50 percent of the workforce but occupy less than 14.5 percent of board seats in Fortune 500 companies and only 10.3 percent in public companies. (The level of representation is much lower when it comes to diverse talent.)

And what’s most disturbing, the representation of women in government continues to be extremely low. Women hold 17 percent of Senate seats and 16.8 percent of seats in the House of Representatives. (Women of color represent only 4.5 percent of the total members of Congress.) There are six women governors and only two women of color who serve as such. The U.S. ranks #69 in the world in terms of female representation in national legislatures and according to a Catalyst study, we are tied with Turkmenistan! Hurray!

I recently attended the unveiling of a United Nations Development Programme book called Empowering Women for Strong Political Parties, A Guidebook to Promote Women’s Political Participation. Developed in partnership with the National Democratic Institute for International Affairs, it is a practical guide that includes the best international practices to help political parties develop female politicians.

If we are serious about equal rights and empowering women, forming strong politicians that can be elected is a necessary step in the right direction. These are the women who make decisions about our towns, cities and states and, hopefully not too far into the future, about our country. They are the champions who speak up for the millions who don’t have a voice. The ones who can change some of the rules and practices that have openly or inadvertently impacted women in a negative way for years.

So I propose that this International Women’s Day we don’t only celebrate the past achievements but look into clear ways in which we can continue to move the needle forward. For what is great progress to some, is slow progress to a lot of others.

If You Don’t Speak English, Don’t Run for Office