As women, one of the roles most of us face at some point in our lives is caring for our elderly parents. And even if you’re not involved in the daily routine of care giving, as your parents age everyone must adapt to a new situation and embrace change.  Here’s what is working for me.

Let me first qualify my advice: This is my perspective as a daughter. And as such, I’m making everything up as I go. Just like children don’t come with an instruction’s manual neither do parents. And granted, my situation is particular, given that my parents live in Buenos Aires (where my brother and sister live as well) and I live in New York.  But many of you may be able to relate to the story even if your parents didn’t move to Florida to retire or they don’t live far away from you.

For the last thirty years my parents and I have had a consistent pattern: Once a year they come to visit me and once a year I go see them. 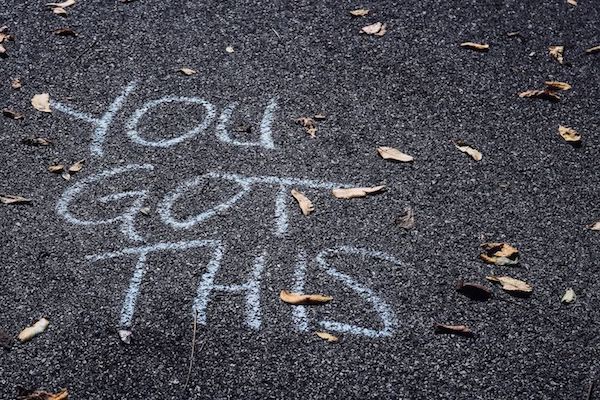 You got this sign- Photo Credit: Sidney Rae- Unsplash

In recent years, my mom’s been suffering from severe back pain. Her spine has practically collapsed and she has little cushion left between several of her vertebrae, which has limited her mobility. As walking became increasingly painful, I suggested that she get a wheelchair. Call it prejudice, push back to keep her independence, or hard-headedness, she wouldn’t budge. Of all the changes life requires as we age, this was one she wasn’t ready to make yet.

She still drives, goes food shopping and runs errands daily, and as she’s very sociable, she remains involved in many activities. The problem has been that what she can and can’t do depends on how close to where she’s going she can park her car. As you can imagine, that’s not always possible, so her activities have become more limited.

A few days ago my parents arrived in New York for their annual trip. On the second day I took my mom to an orthopedic pharmacy to rent a portable wheelchair. And as we tried the various kinds and I lifted them to select the lightest one so it would be easy to maneuver in and out of a car we found the perfect one. It was small, light, and comfortable. I said, casually:

“I think you should buy it.”

“But what would I do with it when I leave?” She asked.

“Either you leave it at my house for next year or you take it to Argentina with you,” I replied matter of factly.

And at that moment, without hesitation my mom replied:

“Let’s buy it, and I’ll bring it with me to Argentina.”

End of story. A decision that had seemed so difficult a few years ago, had suddenly become possible given the right circumstances. She was on vacation, relaxed, her mind was more open and her pain had become increasingly unbearable.

True. It was the end of one story and the beginning of a new chapter. Here’s what happened next. 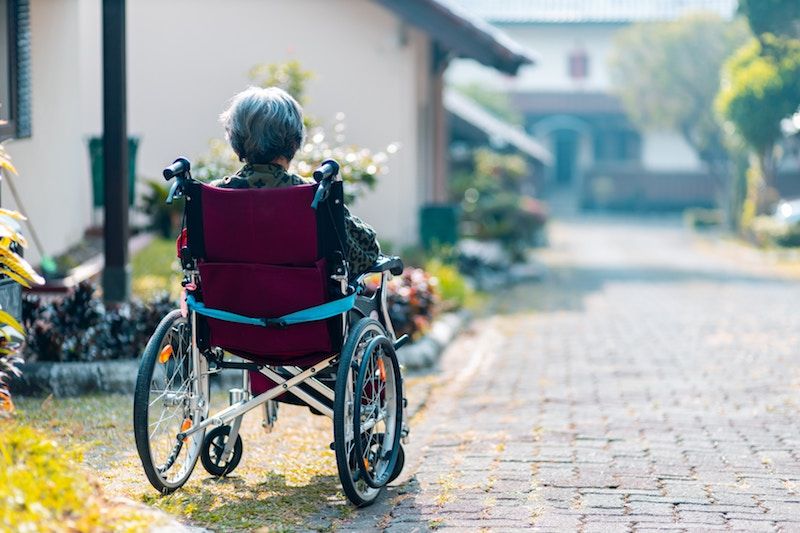 Right after we purchased the chair, I took my mom to a strip mall nearby, where we proceeded to make several stops. I got the wheelchair out of the trunk, sat my mom down and ran around the strip mall, speeding, laughing, engaging in conversations with people who told her how pretty she was, and who tried to speak Spanish to her as they heard the two of us chatting animatedly. We went in and out of a shoe store, the supermarket, the pharmacy and a restaurant.

I get it: If someone in your family uses a wheelchair, this will all sound trivial to you. Or you may have an entirely different experience than we did. As I said, this is a personal story and it was the first time both for me seeing and pushing my mother in a wheelchair and her first time (other than at airports) out and about in one.

The next day, I enrolled one of her closest friends, who happened to be also visiting New York. She played a critical role in helping my mom feel that having the wheelchair was the best thing that could’ve happened to her. As her friend easily wheeled my mom around, took her to the pool and then to lunch, it proved that the wheelchair gave her a wider access to activities she had given up on.  They immediately started making plans to go out shopping, to art galleries and to the movies together when they both returned from their trips. 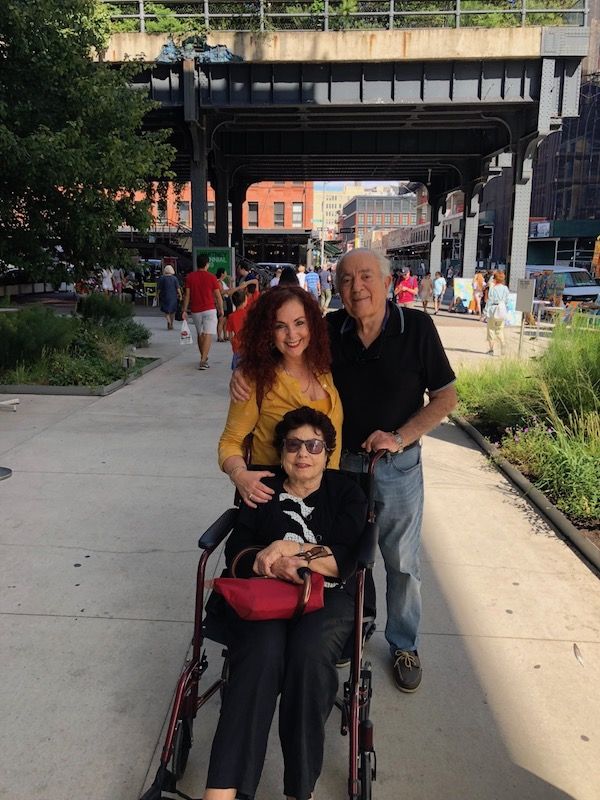 My parents and I in the Meatpacking district

Two days later we engaged my dad who, for reasons of his own, had probably also been a bit reluctant to give into the idea of his wife being wheelchair-bound. We drove into Manhattan, parked the car and visited the beautiful Hudson Yards. We shopped and had lunch, took pictures, drove to the Meatpacking district and then we took a leisurely walk around the neighborhood. By the end of the day, we had clearly incorporated this new tool that would make my mom’s life easier from now on.

Of course it will be different when she goes back home. For one, the sidewalks in Buenos Aires leave a lot to be desired, but also, because it won’t be all fun and games like it is when she’s here on vacations. There’ll be doctor’s appointments and banking and all the daily things to which she’ll have to adapt with her new chair. But having taken the first step while in a relaxed environment helps. 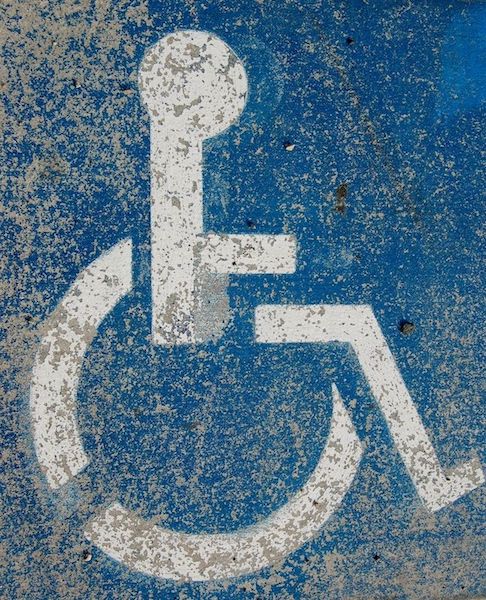 I’m sure part of the fun was that according to my mother, I “drove” the wheelchair like I drive my Mini Cooper: Fast. But here’s my big reveal:By de-dramatizing, de-stigmatizing the fact that she now needs a wheelchair, we made it possible for her to admit it. To take the step and sit on the driver’s seat of her new situation. She could still be her social self, engage with friends and strangers alike, and be an active participant of the world around her. She could see her new circumstances in a brighter light. And most importantly, we were all part of the process rather than have her go through this change alone.

I’m sure some of her fears had to do with becoming less independent as she’d need others to take her places. (She doesn’t have the strength to put a wheelchair in and out of the car herself so she’d always need someone with her.) But by helping her experience this new stage of life in a natural, no-drama way, she was also able to see that having someone who pushes her wherever she wants to go, is not that bad. It may offer a new kind of wind beneath her wings that enables her to continue to live her best life with the necessary adjustments along the way. 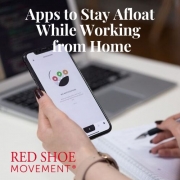 Apps to Stay Afloat While Working from Home 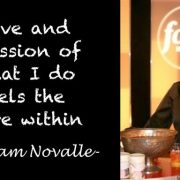 Finding Your Passion: The True Door to Success 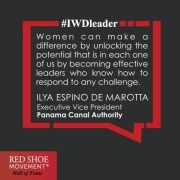 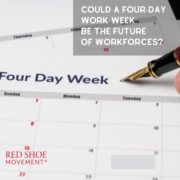 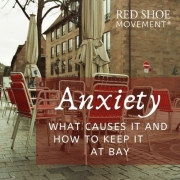 Anxiety: What Causes it and How to Keep it at Bay 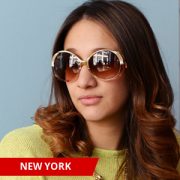 Living One Day at a Time: A Short Story