You know how for the last few years there’s been a whole conversation about how women should learn to say no? Well, today I’d like to invite you to unleash your creativity by learning when NOT to say no! Come with me!

Between February 4 and 6 2014 there was a transportation strike in London during which some Tube (subway) stations were closed. If you are a commuter, you can empathize with the pain our friends across the pond must have felt. For two days, the Underground stopped and people had to figure out a different route to get to work.

As we all know commuters are masters of efficiency. For years they’ve studied to the millisecond the best routes, shortcuts and timesaving schemes until they arrived to the “perfect” one. So, having their routine suddenly interfered with created more than a bit of anger.

When the dispute was over, most people went back to their old routine. But a substantial minority did not. In what turned out to be an unplanned, yet, a great social experiment, about 5 % of commuters discovered a new, more effective (or maybe more pleasurable) way to get to and from work every day. Why do I tell you this story? Because it reveals that sometimes, to unleash your creativity, you need a major, unexpected disruption. 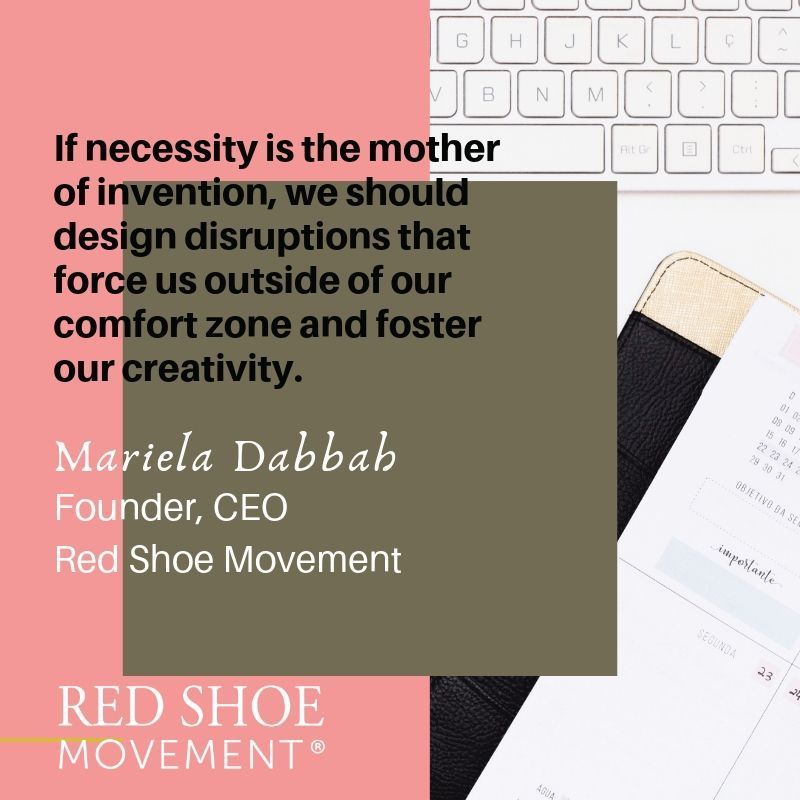 You don’t need to wait for a disruption to practice your creativity. You can set your own disruptions deliberately.

Rejecting change may get in the way of unleashing your creativity

The reality is that most of us resist disruptions even when they pretty small. They entail changes in our plans, routines or expectations. The train is late; your client cancels and appointment; it rains the day of your annual picnic; your favorite coffee house is closed when you’re craving a shot of espresso, and a million other circumstances that face us daily.  Suddenly, we become children ready to throw a tantrum and it’s all you can do to hold the fumes building inside and not give into the tantrum completely.

But what would happen if at the moment the disruption takes place, right when you hear that the flight is cancelled for instance, you said, “Wow, the news sucks but let me think for a second about how to do something unusual with this circumstances.”

It’s not easy to change direction when things don’t go as you expect. Sometimes, the emotional toll is hard to deal with. But the saying “necessity is the mother of invention” is true. Many great innovations were born of mistakes, of disruptions and /or extreme situations where people were forced outside of their comfort zone. That’s what pumps your brain to come up with new solutions. That’s why disruptions can seriously help unleash your creativity and we’d all be better off embracing them. 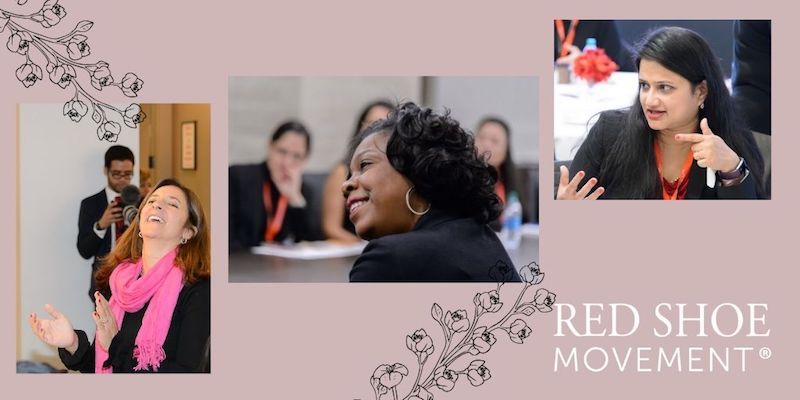 A few weeks ago, I had a trip planned to Europe. The night before my trip the friend I was visiting had an emergency and asked me to cancel the trip. I immediately agreed that this was the right decision and called the airline to cancel the flight. It took me a bit longer to align my emotions with the new circumstances. We had put a lot of energy and expectations into planning this trip and the fact that I knew cancelling was the right thing to do, it was still not enough to get me out of the funk.

So I gave myself 24 hours to process the change of plans and then I bought a ticket to Seattle. Look, my bags were packed, my calendar cleared, my mind prepared for a week off. A friend of mine had just landed a new job there and I had never been to town so I said, why not. 48 hours later I was on top of the Space Needle, having a fabulous time.

Not only did I visit with my friend and enjoyed some quality time with her, I also did some serious sight seeing. But most importantly, the change of scenery enabled me to pivot from a big disappointment quickly, and make new plans rather than wallow on what should’ve or could’ve been. My conversations during the trip informed new projects I had been thinking about and the trip in general lifted the cloud that came over me as a result of the unexpected change of plans. It allowed my creative juices to flow again.

Unleash your creativity on demand

There’s a story about Keith Jarrett the famous, talented jazz musician, who is always extremely meticulous about his instrument when he performs. One time in 1975, he accepted to play a concert in Cologne, Germany, despite the fact that the Opera House got him the wrong piano, one only intended for rehearsals. That concert was recorded and surprisingly, it has become the best-selling solo album in jazz history, and the all-time best-selling piano album. What Keith Jarrett did when faced with such a disastrous situation was magic. He turned lemons into lemonade. How ready and open are you to do the same? How creatively do you react to adverse situations?

No doubt that the more you practice, the better you become at turning the unexpected disruptions into sources of creative solutions. The problem is that you never know when or what will go wrong so it’s hard to practice with random life occurrences. But what if instead you set your own disruptions? If you’re looking for a great way to unleash your creativity on demand, here are 5 ideas to consider. 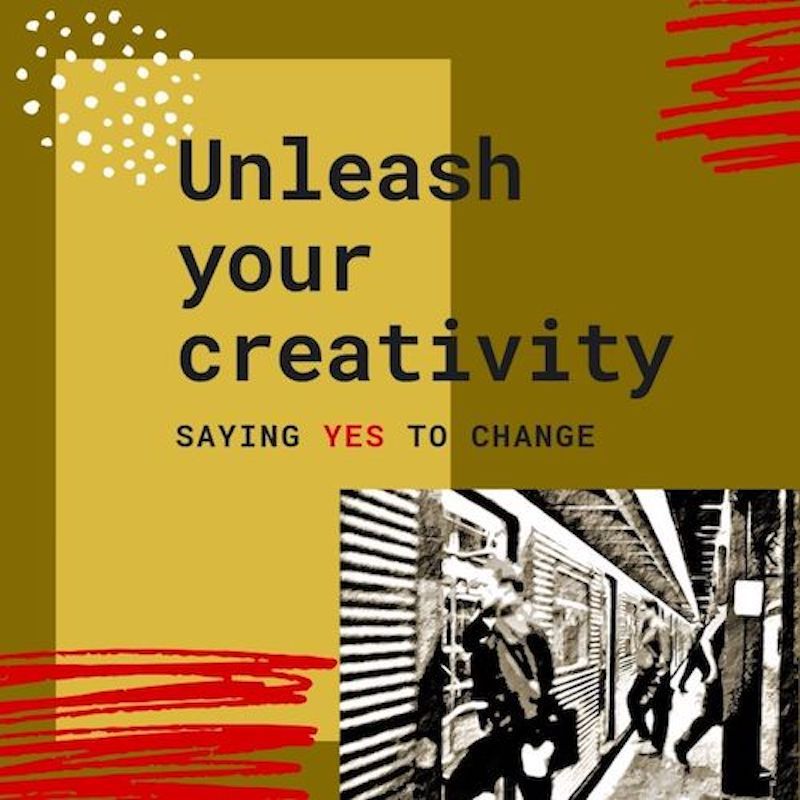 Here are 5 disruptions to unleash your creativity:

1Assign the role of contrarian to someone in your group. It’s natural for a group of people who work together to try to arrive to agreements, and that’s fine. In the end, we need to push towards one common goal or project. But that one common project could be much more creative if you consider as many different points of view as possible before settling for the best idea. If you make sure one person has the role to come up with what’s wrong with what everyone agrees on, it will force the group to continue improving on the idea.

2Interrupt yourself strategically. Rather than working on a project from beginning to end without taking a break, stop. Set up an alarm at a random number of minutes and no matter where you are at stop, get up, take a walk, make yourself a cup of coffee or make a phone call. (Or rather than ignoring it, follow your smart watch instructions to get up and walk 250 steps every hour!) Interrupting your thinking flow makes you come back to the project with new eyes.  Now you may think you get interrupted a million times by beeping sounds from your electronic devices anyway. Not the same thing. Those interruptions are counter productive as they don’t allow enough time to dive into a project. The idea is to dive in deep and then stop. So silence your devices and just set up your alarm. You can do this with anything: while writing a blog, creating a presentation, developing a product, etc.

3Change roles. Try to rotate roles even for a day. Ask your boss for the opportunity to spend a day, a week or a month in someone else’s shoes. It could be in a different function, or location. Talk about a real change of perspective.

4 Shake up your flex-policy. A great way to unleash your creativity could come from reversing the days you work from home and from the office. Or, if you have never taken advantage of this policy, it may be time to try it. This simple change will likely throw your routine off and it will force you to come up with creative solutions for everyday problems. 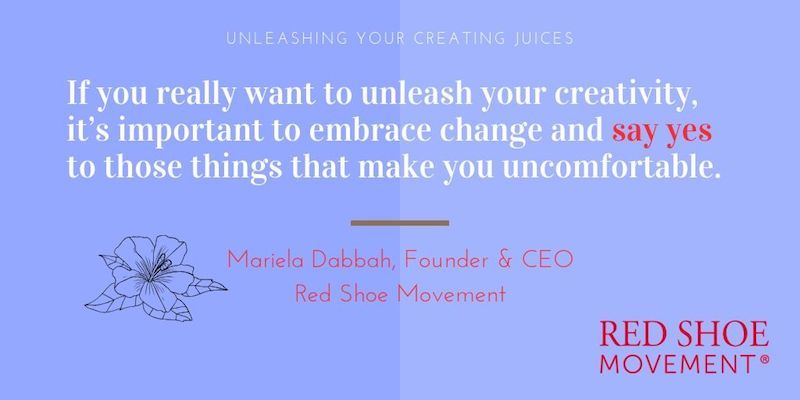 Even small disruptions like going to the bathroom on a different floor can elicit new conversations with people you don’t usually see. And who knows where those conversations may lead?

If you really want to unleash your creativity, it’s important to embrace change and say yes to those things that make you uncomfortable. They may prove to be the spark you need to take things to the next level. 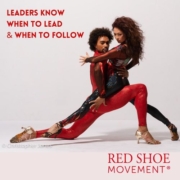 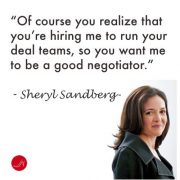 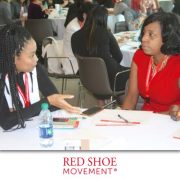 How to give constructive feedback to a colleague effectively 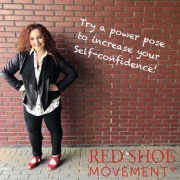 4 Simple Actions to Improve Your Self-Confidence 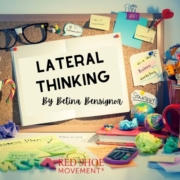 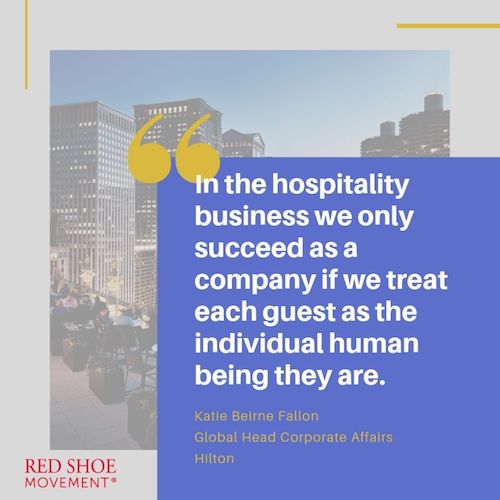 An example of how to leverage your personal traits in your job
4.9K8 min
What does done look like in your life & career 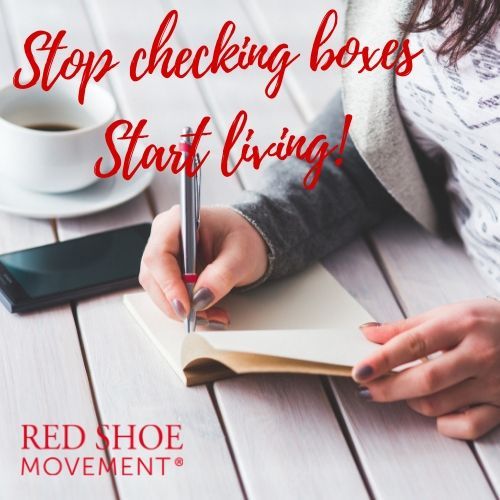