Most women know intuitively what male chauvinism stands for. What few of us are ready to admit is how much of a male chauvinist we have in us.

Yup. You read correctly. Women have contributed to the education and socialization of generations and generations of men, inadvertently perpetuating male chauvinism in the messages, values and attitudes they passed down to their children. Even today they contribute to the same male chauvinism that affects them so much and about which they constantly complain! And although it’s true that it’s often hard to break with the rigid and powerful social structures that support male chauvinism in the first place, (the subject of a future post) today I focus on how women help to keep it going.

What is male chauvinism?

According to the Oxford Dictionary, male chauvinism is: “Male prejudice against women; the belief that men are superior in terms of ability, intelligence, etc.” Naturally, the dictionary says nothing about how much women internalize male chauvinism and turn it into self-aggression after years of growing up in a society that still condones variations of this behavior.

And before you say, “I’m not a male chauvinist” let me show you 12 ways in which women perpetuate male chauvinism even when we don’t realize we are doing it. 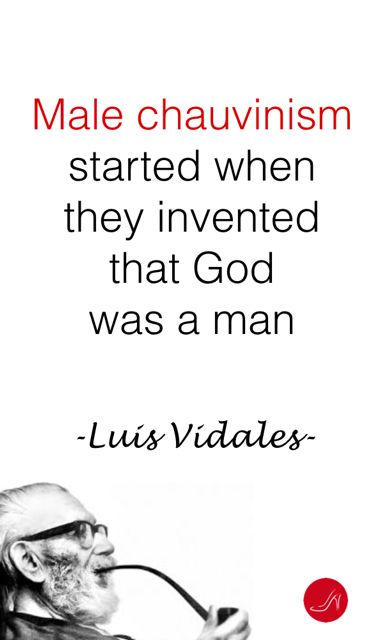 1Expecting your male partner to protect you. When you look for protection you assume that because you are a woman you are weak and because he is a man he is strong. You put both sexes in an unfair situation that is not really “natural” for either one. It’s just a male chauvinist stereotype you learned very early on.

2Assuming your male partner is in charge of your home’s financial stability. Why does this responsibility fall on a man’s shoulders and not on the shoulders of both partners? Or even, when the family-stage so requires, on the woman?

3Assuming that you are the person responsible for the home and for the children. Why not assume shared responsibility? When you continue to assume this role unquestioningly, you reinforce the male chauvinist stereotype that says that home chores are a woman’s job.

4Being always the one who takes care of your partner. This includes serving him first, offering food and beverages, laying out his clothes in the morning. Nobody says you can’t be kind towards him. But in order to avoid a behavior that reinforces male chauvinism, make sure he practices the same kindness towards you.

5Volunteering (always) to make coffee in the office. Or any equivalent activity that puts you in a supporting role rather than in a role of high visibility. Whatever enables only the men in your office to shine while you remain hidden behind the scenes tends to reinforce an old male chauvinist idea. Stay away from it.

6Assuming that you only deserve what you are offered. Very likely you have internalized so perfectly the message that your boss will give you what you deserve that you don’t negotiate as much as you could. Studies show that given the same job, women ask for less salary than their male counterparts. 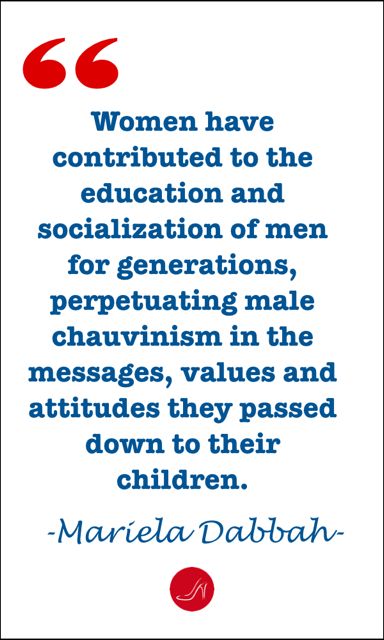 7Making disparaging comments about successful women. Saying things such as, “Who knows who she slept with to get there.” Every time you discount another woman’s ability to get to the position she’s in, you’re perpetuating male chauvinism by reinforcing the idea that only men reach powerful positions through merit whereas women can only get promoted by using sex.

8Making critical comments about women who don’t wear makeup. Let’s be honest: Men don’t wear makeup and nobody would dream of saying they look bad because of that. If you don’t want to continue supporting male chauvinist attitudes, avoid making these observations, particularly in public.

9Criticizing women who choose to remain single or childfree. We live at a time when women can choose the lifestyle that best suits them. For many, getting married and having children is not the path to happiness. Why force them to continue with a tradition that was imposed by male chauvinism centuries ago? Don’t judge them. Live your life and let others live theirs.

10Criticizing a successful woman for not “paying attention to her family. “We wouldn’t dream of judging successful men for working long hours, travelling, and having serious responsibilities that don’t allow them to spend as much time with their families as they wished. Why won’t we extend the same courtesy to successful women? Why do we make them pay such a high price for their success?

11Sending opposite messages to your sons and to your daughters. You could inadvertently be passing on to your children many verbal and non-verbal messages that perpetuate male chauvinism. Here’s a short list to make you more aware of them:

• Educating your daughters to obey or serve their brothers 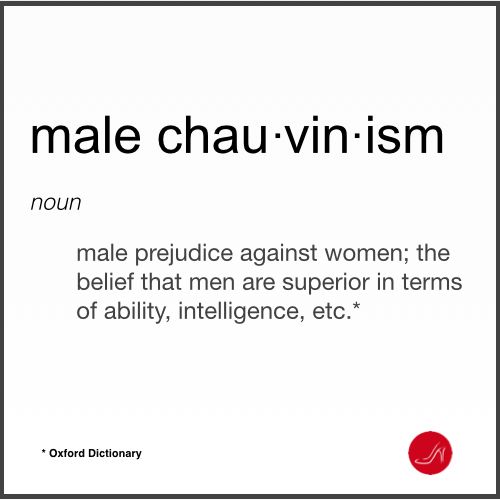 • Only asking girls to set the table and wash the dishes

• Encouraging girls to behave well and stay clean and tidy

• Punishing girls when they get dirty or break the rules

• Forbidding girls from going out unless a brother supervises them

• Minimizing the importance of girls’ opinions

• Allowing boys to play violent sports, impose their own rules and be independent

12Not reporting a man who is violent against women. Gender violence is a world epidemic. Remaining quiet when faced with a violent situation against yourself, your daughters or other women is the best way to guarantee that male chauvinism will be live and well for many more generations. Your silence only allows the guilty to continue behaving with impunity. Look for help now!

Do you still hope for a man to rescue you?

If you grew up in a culture such as the Hispanic (and many, many others) that still tolerates male chauvinism, you have absorbed a series of “truths” from a very young age. It’s easy to believe these “truths” are unquestionable and that the only way to belong to society is to abide by them. The problem is that behind these apparent “truths” is the false idea that there’s a biological reason for the different roles, behaviors and emotions of each sex. That it’s natural (and innate) for men to show superiority, dominance and aggression. And that it’s natural for women to be weak, servile, emotional, and so on. But the reality is that these are all stereotypes and cultural ideas that can be changed.

And the first step to make this change effective is for you to review your own beliefs, your attitudes, and your words so that you stop perpetuating this male chauvinism that only limits your opportunities. 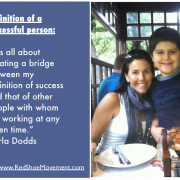 How women can succeed in corporate America: Carla Dodds 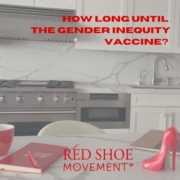 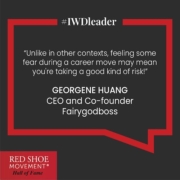 Beyond the Traditional Executive Presence Definition 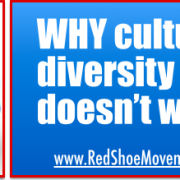 Cultural Diversity Training in the Workplace: Is it Achievable? 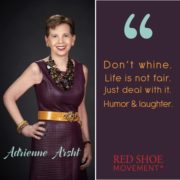 How asking for feedback can propel your career

How asking for feedback can propel your career
4.7K7 min
6 Steps to Get Over Your Fear of Public Speaking 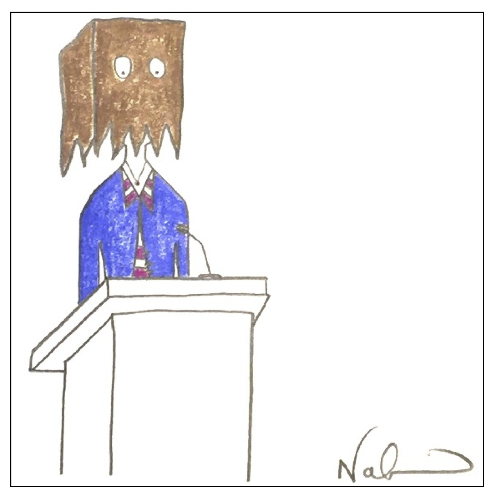