An idiom and a corporate mentor are just a distinction away

When one of my Anglo friends uses an American idiom such as, “You can’t make a silk purse out of a sow’s ear,” she asks me if I’m familiar with its meaning. If I say no, she usually says, “Wow, I can’t believe you’ve never heard it. It’s a very common saying in English,” and she goes on to explain what it means. I usually reply: “How common can it be if I’ve never heard it and I’ve been in this country for twenty five years!” Sometimes, I then share the Spanish equivalent, which in this case would be: “La mona aunque se vista de seda, mona queda.”

Inevitably, a few days later I start hearing and reading that expression everywhere. How could this be? Did it just become popular? No. What happened is that before my friend made the distinction for me, that phrase was just a string of words that I didn’t register as a unit.

This is important because the lack of distinctions in any area renders us unable to act in that area. In my example, when I don’t understand a particular saying, I miss a reference that almost everyone else gets.  In more important situations, not understanding a specific distinction can keep you from advancing in your career. 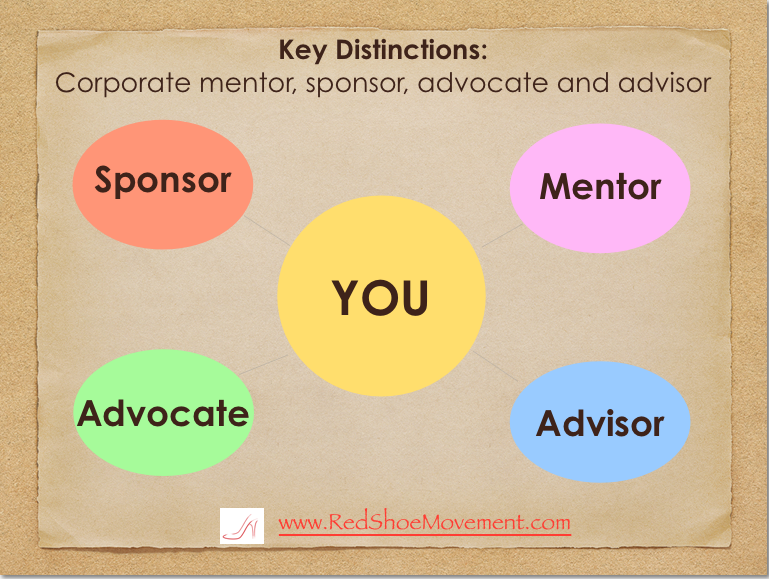 Distinctions are not just definitions of words but tools that enable you to see things and to act on them in ways you couldn’t before you understood the distinction. One important distinction that Latinos who may be the first in their families to work in corporate America, frequently lack is the difference between a corporate mentor, a career sponsor, an advocate, an advisor, and a coach. As a result, they may fail to incorporate these critical people into their networks (or think that a corporate mentor is all they need;) and, consequently, they tend to remain stuck at lower levels in their careers, something they could overcome with the right support.

Recently, a mid career Latina I was coaching said to me, “Until two months ago, I never knew there was a difference between a corporate mentor and a career sponsor.” Naturally, she didn’t have both corporate mentors and sponsors because, not understanding the distinction, she didn’t realize the need for them.

Therein lies the importance of making these distinctions explicit to diverse employees: 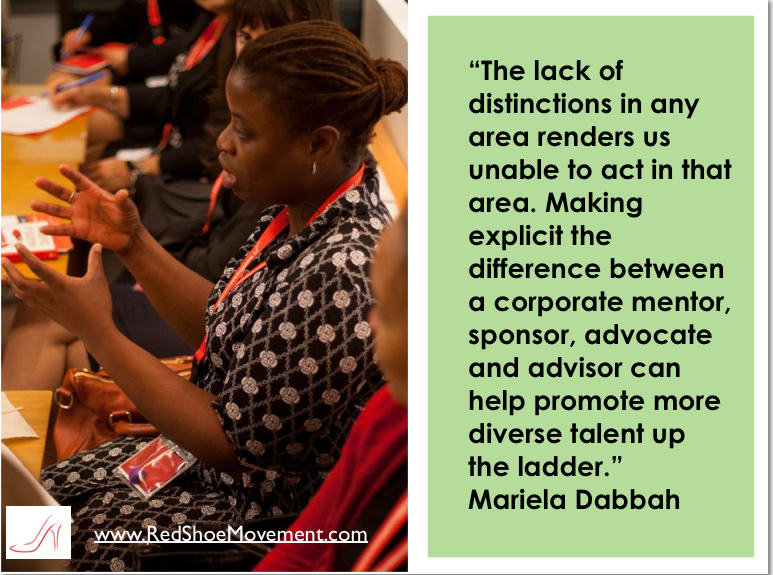 Each of these individuals has a clear role to play in everyone’s career.  But for Latinos and individuals from a non-Anglo heritage, their importance is heightened given their more recent entry into corporate America and the challenges they still face breaking into the senior ranks. By not being aware of the specific role of each one of these people Latinos might fail to diversify their networks or might remain confident that all they need is a corporate mentor which studies show is really not enough to help you move beyond middle management.

Distinctions like these are needed in many areas of career management: from understanding the unwritten rules of an organization to being aware of how your communication style impacts your leadership opportunities to recognizing how your cultural background influences your attitudes and behavior. 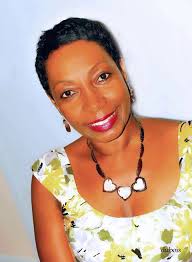 An avid voice for tolerance, Zenaida Mendez served for almost three years as director of Racial Diversity Programs at the National Organization for Women (NOW) where she successfully spearheaded a diversity and inclusion training program, a woman of color and allies summit, and the campaign on the femicide of the women of Juarez and Chihuahua, Mexico among other initiatives. She served most recently as the project director for the Second National People of Color Environmental Leadership Summit. Zenaida also holds the esteemed position of president and founder of the National Dominican Women’s Caucus.

Zenaida Mendez was born in the Dominican Republic and she came as a teenager to the United States with her family. She has a Bachelor’s degree in government and public administration from John Jay College of Criminal Justice and a Master’s degree in public administration from the City University of New York, Graduate School of Affairs. She’s had a long career in public service and as leader of several activist organizations spearheading diversity and inclusion programs and speaking up on behalf of female rights.

The National Organization for Women (NOW) was founded in 1966. Do you think the challenges women face today are the same as they faced back then?

Believe it or not we have not advanced much. Women still make an average of 88 cents for every dollar a man makes.

What are some of the most common challenges women still face in the workplace?

Yes, women have come a long way, but these key challenges remain:

What do you find the most satisfying part of your work as an advocate for female rights?

I love to be able to speak to many young women  who do not realize what we went through to get the little bit that we have and how we are still fighting for basic rights: 2013 we are currently trying to pass the Women Equality Act in NYC.

What are some of the most difficult parts of your job?

Not having enough resources to assist women in need, fighting sexism and racism, convincing Latinas of the importance of getting involved in the women’s movement in the U.S.

What would be your advice to women who work in a male dominant industry? Anything they can do to leverage the advantages that come with being a woman?

To Be themselves, do not hesitate in demanding your rights and what you deserve, as women we can multitask easier than man.  Become a member of women’s organizations, that way you have the support of a group.

Could you mention one or more women who have helped you get to where you are now in your career?

Yes,  I am very blessed starting with my mother and my sisters who helped me with my three wonderful daughters when they were little  while I was going to College, without that support it would have been almost impossible for me to obtained my college degrees.

In my professional life there are so many but I’ll mention my dearly departed mentors Diane Morales,  Olga Vives, and Rosalba Polanco . These three women warriors who prematurely departed, left a big empty void in the fight for human rights, they supported me unconditionally. Diane Morales was a long time public education advocate in NYC,  I worked at the Manhattan Borough President Office’s Community Services with Diane she gave me guidance and support working with Communities Boards in NYC; Olga Vives was Action Vice President for the  National Organization for Women in Washington, DC  when she hired me to be NOW’s Director of Diversity programs and — helped coordinate the 2004’s March for Women’s Live, thanks to Olga I traveled  all over the United States reaching out to women to join us in the march. Women of  Color played a vital role in that march. Rosalba Polando, Founder of the Mirabal Sisters Family Center in the Bronx organized and mobilized many women from NYS to attend many conferences and seminars in NYC, Washington, DC and other part of the US that I put together. Rosalba sudden passing in 2011 at the early age of 46 was a blow to the Dominican community in NYC and in her native province Santiago, Dominican Republic where she also supported a Child  Care Center.

You can connect with Zenaida directly at Mendeznownys@gmail.com and via the following platforms:

Connect with the National Organization for Women: info@nownys.org

MOST SHARED ON SOCIAL

An idiom and a corporate mentor are just a distinction... END_OF_DOCUMENT_TOKEN_TO_BE_REPLACED

If you do not want that we track your visist to our site you can disable tracking in your browser here: