With an ever increasing focus on promoting more women leaders, it’s worth recognizing that certain styles are less effective in building the leadership brand for women in general.  Part of effecting change is having courageous conversations. Read on!

From the beginning of the Red Shoe Movement, we made sure our motto focused on “women supporting women for career success” so that we would take some of the narrative regarding women not supporting each other off the table. By keeping our eyes on mutual mentoring and mutual support, we hope to encourage many more women leaders in our organizations. This helps avoid any distractions caused by the ongoing social discourse that women don’t support each other as the reason for the dearth of women leaders. 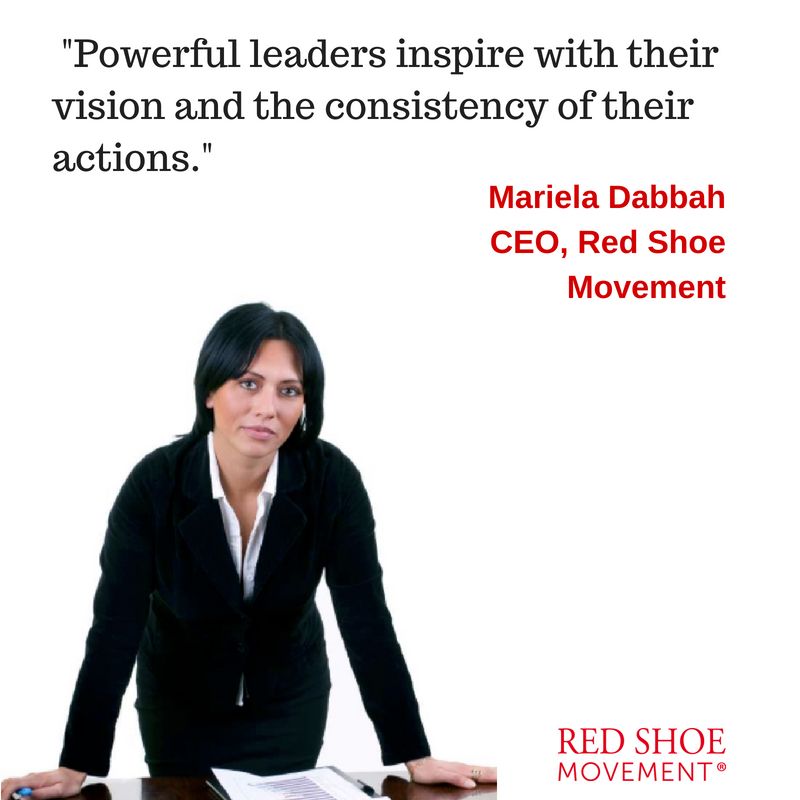 Powerful leaders inspire with their vision

For a long time, I thought my colleagues exaggerated when they talked about some of the women leaders they had the misfortune of working under. They described abrasive leadership styles that,  instead of  eliciting cooperation and loyalty, turned employees off. Then I ran into a person who fit every stereotype of the woman leader that I  fight so hard against and I decided we had to talk about this issue openly. Because, whether we like it or not, women leaders are still a minority, and, as such, the missteps of one tend to affect the brand of the entire group. And what I mean by brand is the brand “women leaders” or “female leaders” as a whole. Just ask African Americans, Latinos or Jews about the ripple effect that a bad apple has on the reputation of the group as a whole.

Although the styles I discuss on this post apply both to men and women, today I focus on the impact they have on my female colleagues.

Here’s what happened to convince me to talk about this issue. After weeks of volunteering my time to help a friend (let’s call her Mary) organize a fundraiser to benefit an organization she supports, we were getting nowhere. Every time we got a leading professional to donate his or her services  for an auction, the CEO of the organization (let’s call her Jen) would change things around without notifying anyone involved.  As the date of the event approached, my friend Mary and I started to receive daily calls and emails from our professional colleagues who so generously had accepted our plea for their free services. They didn’t understand why their services were not listed on the event’s website, why the amount of consulting hours being auctioned was different from what they had committed to, or why they had been taken out of the event altogether despite having confirmed their participation.

After one too many unilateral changes, I emailed Jen expressing how unprofessional this back and forth made us all look in the eyes of our contacts, only to receive in return a scolding letter on which she copied six other people from her organization. Needless to say, I was flabbergasted. I admit I should have called her to begin with, but my note to her was private. Her email to me was not. 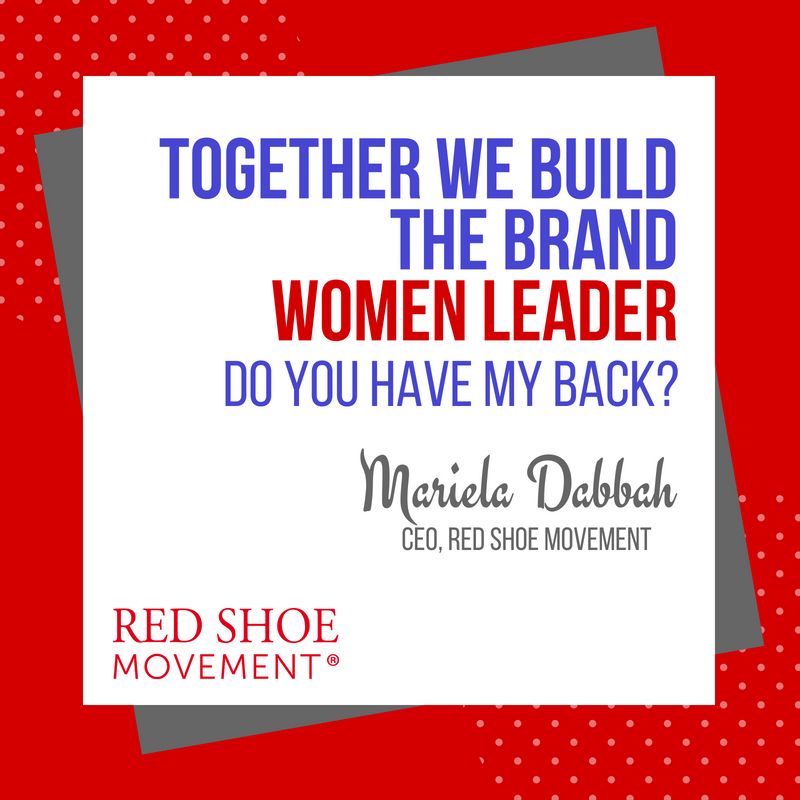 Together we build the brand “women leaders”

But the better question might be: Should we confront these women leaders with their misbehavior, or should we avoid them and move on?

It’s no easy task to approach any powerful leader for a conversation about their leadership style shortcomings, but, in cases like the one in my example, not doing so carries an even greater risk –  The perpetuation of the undeserved stereotype that women are not suited to lead. That all women leaders miss the mark.

Just as Jen’s style was ineffective and was eventually responsible for her losing her job and her organization closing down, here are a few other leadership styles that leave everyone wanting:

Women leaders stand on the shoulders of previous leaders

How to approach women leaders for an honest conversation

This is certainly one of those million dollar questions. It’s never easy to approach someone to provide this type of feedback. So here are a two suggestions on how to set up a productive conversation.

1If you have a good relationship with the leader, you could send a note saying you have a few insights that may help her get more support for her vision/project/etc. Then ask if she’d like to hear your insights. Giving the person a chance to accept or refuse your suggestions is key to avoid overstepping and creating a bad situation for yourself. If she accepts a meeting, prepare your feedback carefully. Focus on objective performance and results rather than personality.

2If you’re not too close to the leader, identify who has her ear. (Who does she provide air cover to? Who does she agree with at important meetings? Etc.) It may be best to speak to that person first and get a sense of the most productive approach to take. That person may even suggest that he/she is the one to bring up the issue with the leader. For this to happen effectively, you have to trust the person who will carry your observations to the leader and make sure they won’t backfire. 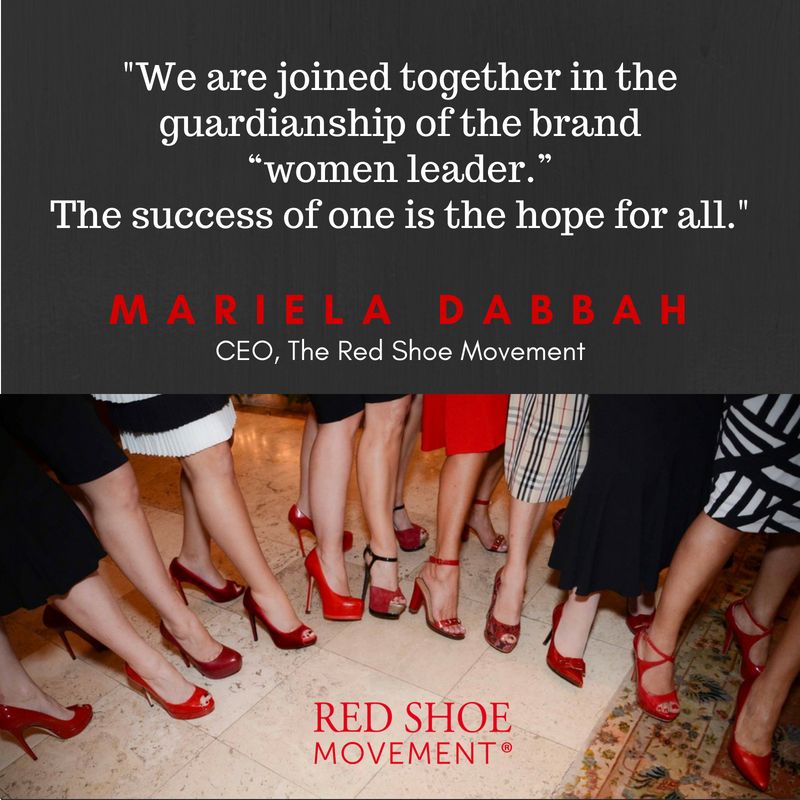 Women leaders are joined together to protect brand

The truth is that we are joined together in the guardianship of the brand “woman leader.” The success of one is the hope for all. By the same token, the failure of one impacts us all. So, as painful and difficult as it is, we must have these courageous conversations with our gender-mates when they are called for.

Needless to say these  feedback conversations should be held in private and conducted diplomatically in order to avoid eliciting a negative reaction.  Unfortunately,  avoiding the discomfort of having these conversations will only hold us back on our quest to see more great women leaders at the helms of our organizations.