I frequently get asked how I became a speaker. There aren’t that many Latina speakers out there so I understand that regardless of the topic of my presentation, my audience is curious.

A Latina speaker is born

I came to the U.S. 25 years ago with two suitcases, a Master’s Degree in Philosophy and Literature and a new husband. The first job I landed, as secretary at a bilingual book distributor, sealed my future. It was such a small business that I got to do everything and develop a whole array of skills. Four years later, when the owner decided to retire, my now ex-husband and I bought the company in monthly installments. 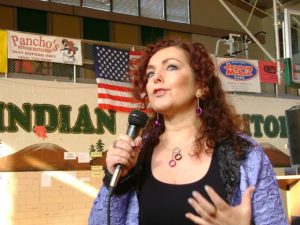 As we distributed books to schools we quickly realized immigrant parents needed to be made aware of the importance of being involved in their kids’ education. We developed a series of workshops to teach parents a wide range of topics from how the education system worked to how to encourage their children to do homework. And everything in between.

Observing how easily parents shared their struggles with me, I discovered that I had a knack for connecting with my audience. And the best part: I enjoyed speaking in public. And that’s how I became one of the few Latina speakers in the country.

I spent several years presenting parent workshops across the country. My most defining moment as a speaker was a training I did for the Yup-ik community in Alaska. I did a ton of research before I ventured across the continent to a little community called Napaskiak whose inhabitants still survive on fishing and hunting. 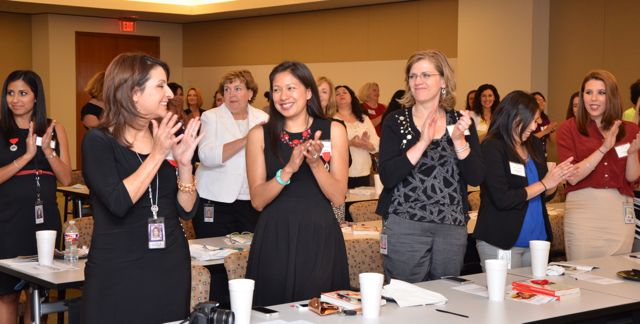 Librarians and parents flew in from all over a school district the size of the state of Ohio. They came to hear me, a Hispanic speaker who didn’t have any children, speak about parent involvement. I spoke in English with a Spanish accent and we had interpreters translate everything into Yup-ik. It was during that trip that I fully grasped that I was able to reach any audience regardless of culture, language or background.

And for the first time I also realized that I wanted to have a career as a speaker.

The reality is that it’s not easy to make a living as a public speaker. Much less so if you are one of few Latina speakers with a narrow focus. So I needed to expand the topics I covered and gain credibility in the space. I began teaching a course at a local college on how to get a job in the U.S. and soon realized that, much like with education, there was a need out there for immigrants to connect the dots. To understand how the system worked. 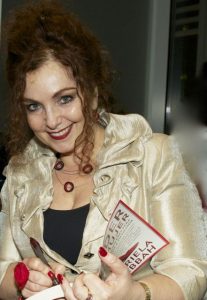 It was easy to see that writing a book on the subject would give me the credibility I needed. I developed the right connections until I was offered the chance to write such book: How to Get a Job in the U.S., Guide for Latinos.

As soon as the book was published I started doing workshops and presentations at community colleges and libraries, which helped me shape and refine my public speaking skills. Simultaneously, I began contributing media segments on CNN, Univision, Telemundo and other media to continue raising my profile as a speaker. 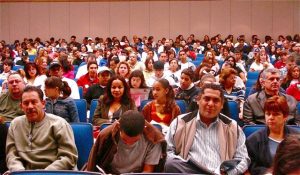 By then, I was such a familiar face in Hispanic media that McDonald’s hired me as their spokesperson for their RMHC /HACER scholarships. I traveled the country doing parent outreach presentations in Spanish and English in front of hundreds of parents. That work helped me raise my profile as a Latina speaker to the next level.

Hispanic speaker who speaks to anyone who will listen

Every one of my books opened up an entire new world of possibilities. Each one provided an additional layer of understanding and empathy towards yet another audience. From jobseekers to immigrant parents trying to help their kids, to students as young as third grade all the way up to graduate school, to Latinos who worked in large corporations (The Latino Advantage in the Workplace) to women looking to succeed in their careers (Find Your Inner Red Shoes.) 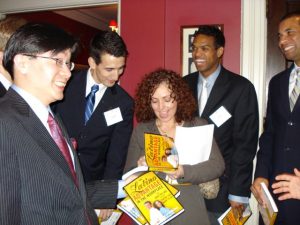 Learning about the experiences of different people is the most fascinating aspect of my work. On the one hand it forces me to be a lifelong learner and on the other it enables me to easily connect the dots. Because I’ve researched and worked with people at such a wide range of life-stages I can see the larger picture.

Since the launch of the Red Shoe Movement most of my work as a speaker is in corporations around women’s career advancement and success. The topics include networking, branding, women empowerment, career advancement, negotiation, executive presence and work-life integration. And of course, I continue to speak to college students, professional organizations and parents. 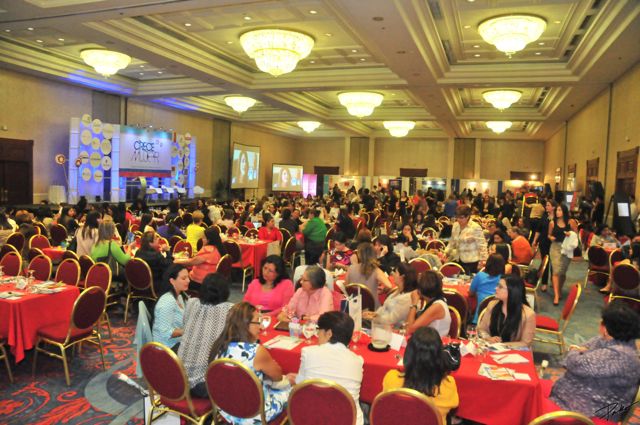 Being a Hispanic Motivational speaker

My goal is to inspire my audience to fulfill their dreams. I do it by provoking “aha” moments and by sharing subtle insights, concrete tools and resources. I’ve never called myself a Hispanic motivational speaker even though I get excited when people feel motivated by my presentations. I believe that if you call yourself a Hispanic motivational speaker you set up the expectation that you will only get people hyped up, a feeling that tends to be short-lived. I prefer to offer actionable tools to help people move to the next level of their lives and careers.

Reaching all audiences as a motivational speaker

Are you looking to become a public speaker?

If you’re reading this because you’re considering a career as a public speaker — or to be one of the few Latina speakers to boot— I have a few suggestions for you:

Granted, public speaking is not for the faint of heart. But if you have a powerful message to share and love to be up there connecting with an audience, it’s an adrenaline rush like few others. Prepare for it and you’ll do great!

Interested in hiring Mariela Dabbah as a Motivational Speaker?