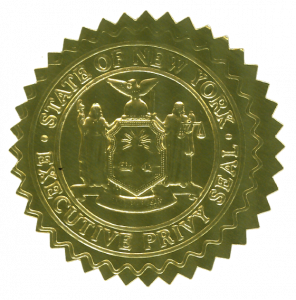 Celebrating ten years walking in women’s shoes pushing towards gender equity, the Red Shoe Movement (RSM), a leadership development company powered by a global community that supports the career success of those who identify as women, is receiving a Special Citation by New York State Governor Kathy Hochul, “in recognition for their efforts to uplift women in positions of power, putting them front and center in workforce development, and building upon their strong legacy of trailblazing women throughout New York State History.” 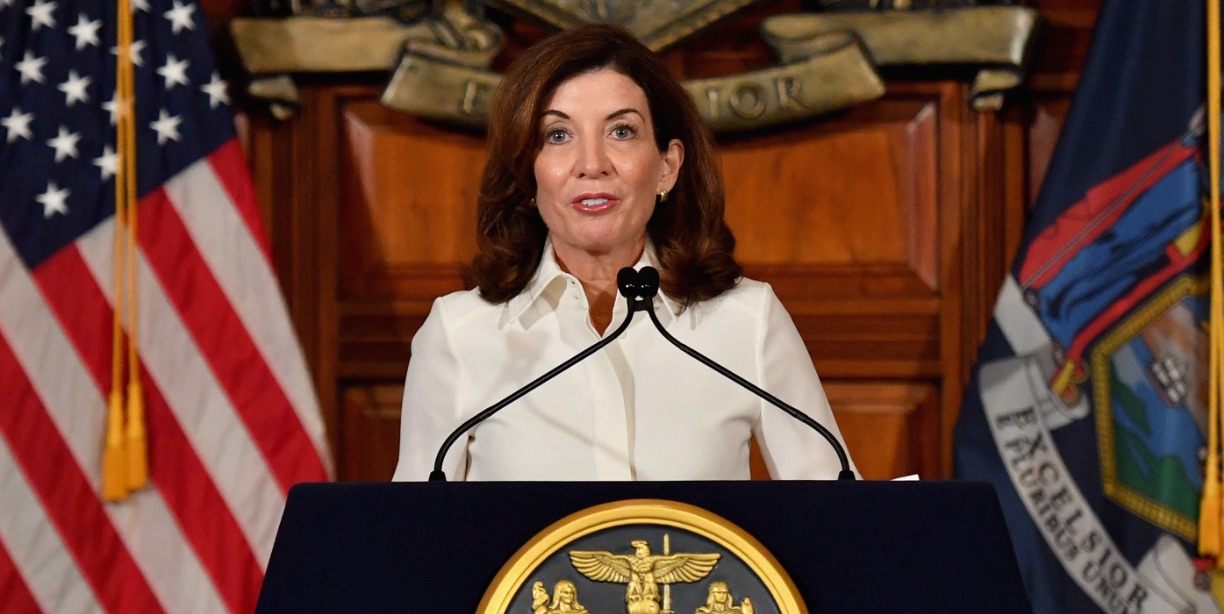 “This acknowledgement is all about the people who, every week and from all corners of the world, take a stand to build an equitable workplace where everyone feels like they belong, and everyone can go as far in their careers as they wish. And they do it in a fun, engaging way by taking part in #RedShoeTuesday, generating a conversation around relevant issues that affect women in the workplace,” said Mariela Dabbah, Founder & CEO, Red Shoe Movement.

Julissa Gutierrez, Chief Diversity Officer of New York State, delivered the Special Citation in person at the annual Red Shoe Movement Signature Event, an experiential conference where around 150 executives and associates who work in large corporations come together to teach and learn current topics that impact women’s careers.

“I’ve known and supported the Red Shoe Movement for many, many years. The way in which they engage our talent and create community is quite special. We are very excited to be taking our partnership to a global level at Colgate,” commented Eugene Kelly.

The allure of this hands-on event is equal measures thoughtful content delivered with a proprietary approach and unique features such custom-made red stilettos and flats by ALLY Shoes distributed during early registration, to maintain the Red Shoe Movement’s goal of accommodating women’s very different styles and needs. In a statement of support for the #RedShoeTuesday initiative, most participants attended with red shoes, ties, and accessories.

Enhancing this anniversary celebration is the #WingsOfCourage, an initiative launched in March at Spotify’s 4 World Trade Center building in downtown NYC.  In partnership with visual artist Colette Miller, founder of the Global Angel Wings Project, the Red Shoe Movement installed a pair of 6 foot tall wings on a window on the 72nd floor overlooking the Freedom Tower. It’s an ongoing invitation for Women of Courage to take their careers to the next level.

“I can’t believe it’s been a decade since the Red Shoe Movement started. They have impacted positively many organizations and a global community of professionals. They have a very particular way of working with talent, organizational culture, and society at large that results in fruitful conversations that inspire change. I’m proud to have been one of their very first supporters and sponsors. I wish them continued success,” said Elizabeth Nieto, Global Head of Equity and Impact, Spotify. 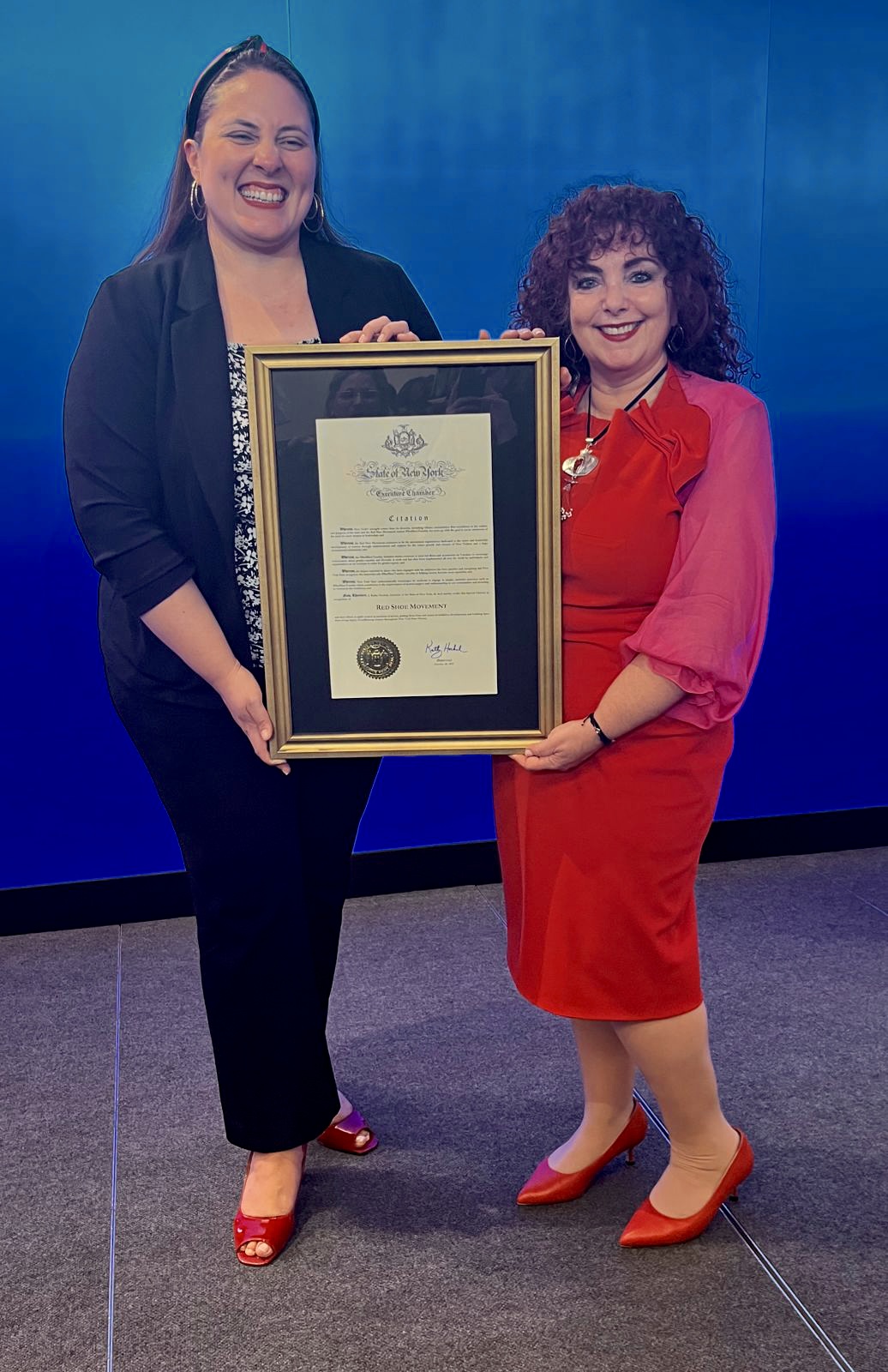 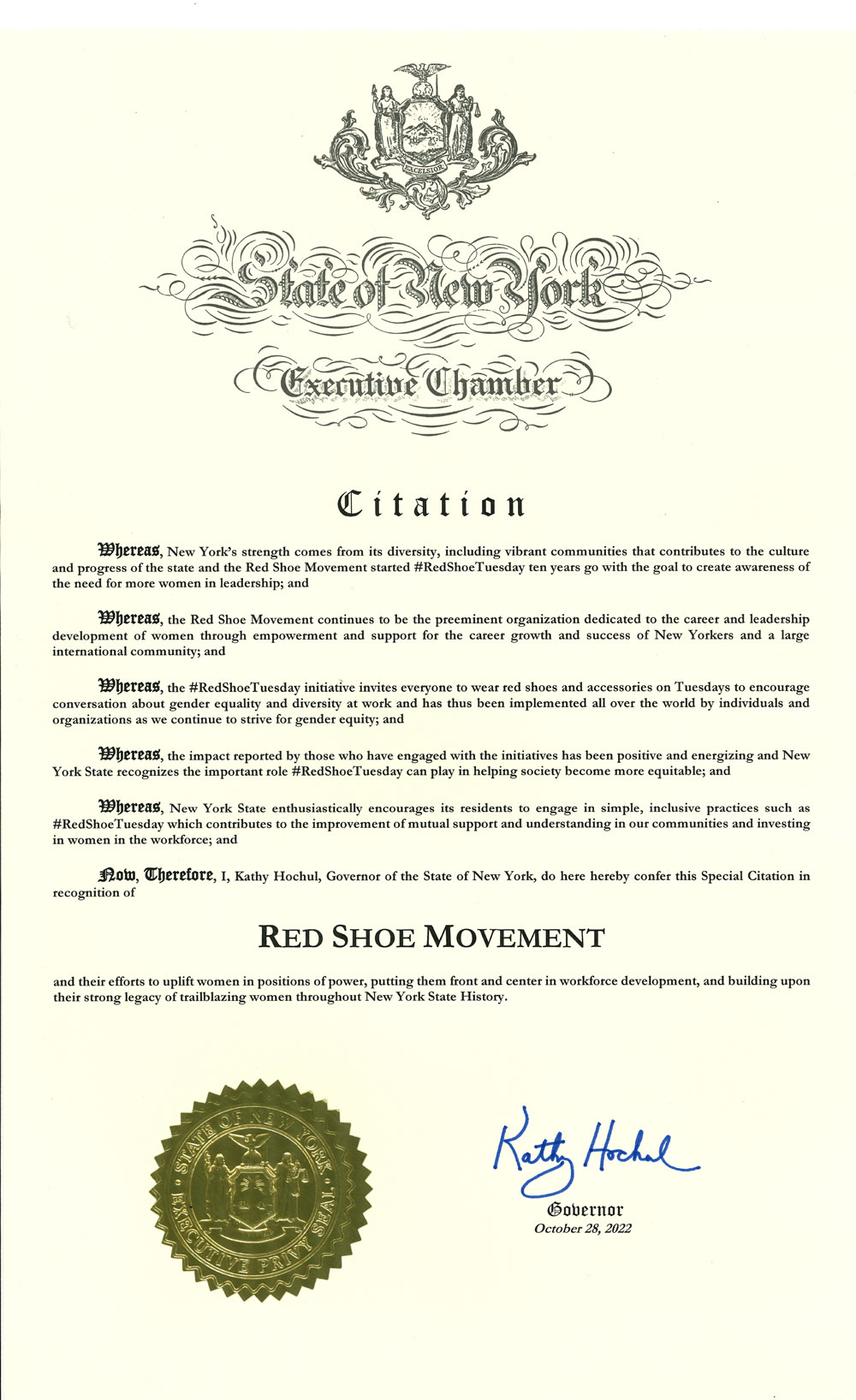