Starting now, it’s become easier than ever for male allies to make a statement of support of women’s career growth and be true change agents. Enter #RedTieTuesday and our new Signature Tie! 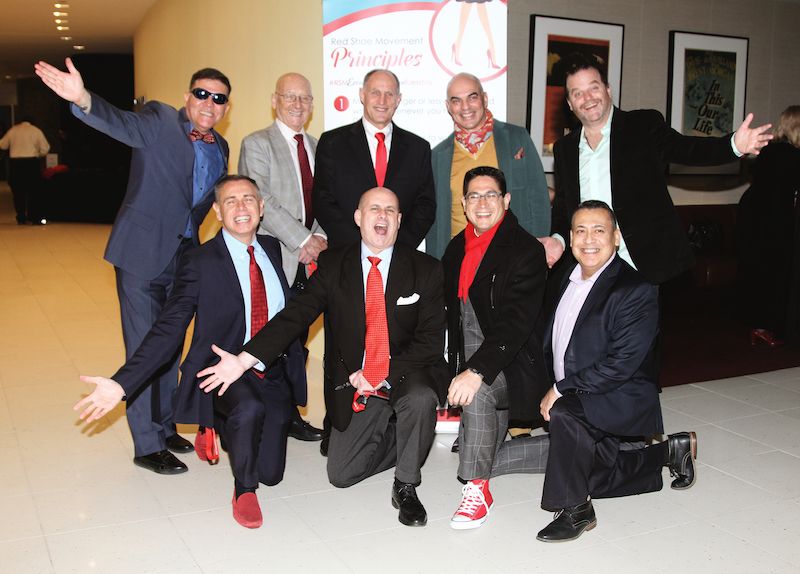 It’s been a long time coming. We’ve been celebrating #RedShoeTuesday for 7 years! The day when women wear red shoes and men wear red ties or socks to support women’s career advancement. A visual reminder to keep alive the conversation on how to change the culture in our organizations so that everyone has an equal chance to reach the top.

We were ready to roll out a separate hashtag for men a few years ago and suddenly, the political climate in the U.S. made it hard to highlight a red tie as a way for men to stand by women. But our male allies persisted. They wore their red ties every week and advocated for 100% of talent inclusion both inside their organizations and publicly, in social media. They supported our initiative week in and week out with a level of enthusiasm that pushed us to take make the hashtag a reality.

So last week, at our first ever Celebrating True Inclusion Stars Awards Event, the evening prior to our 7th RSM Signature Event, our annual leadership development conference, we debuted our signature tie and our new hashtag #RedTieTuesday.

But it’s not just one tie. We actually created a collection of ties alongside Cyberoptix, the Detroit based woman-owned business, that makes these handmade beauties. We chose two different widths, three tones of red fabric, and several colors of ink so that each male ally could make a statement reflecting his style. 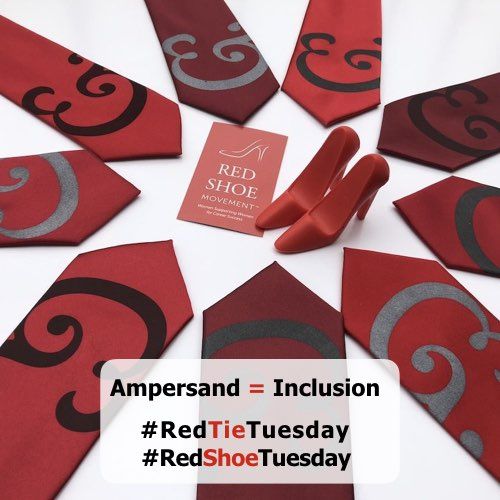 It has been a fascinating road to see how men found visually appealing ways to stand next to women every Tuesday across the globe and thus become strong change agents. We’ve seen the most creative socks, bow ties, shirts, and scarves, not to mention the number of gentlemen that confessed to be wearing red underwear! (We always take them at their word…) Having an official tie makes it easier to continue working together towards a global leap of consciousness when the proportion of men and women at the top becomes balanced overnight. And as I’ve said in the past, standing for inclusion is not only the right thing to do, but a proven career booster for men. 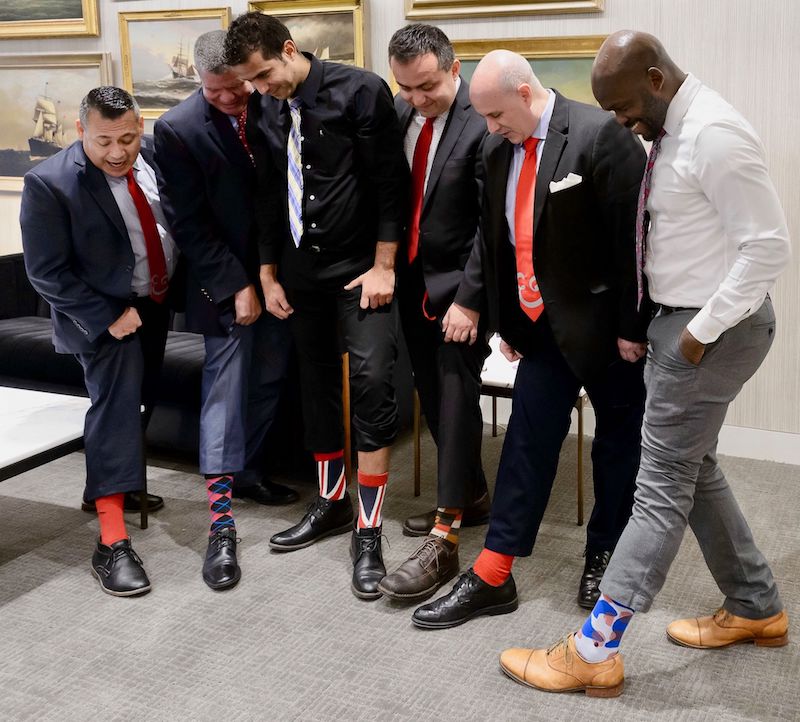 The Ampersand gets us closer than ever!

“In 1440, Guttenberg introduced the ampersand (&) in his first printing press. In 2018 the Red Shoe Movement introduces the ampersand on its first signature tie,” said Gustavo Carvajal, #IDEAcatalyst, on a recent post on Twitter and Instagram.

It’s the most inclusive symbol in the alphabet. We chose it because it’s the very representation of inclusion. And. Women and men. All of us working together towards the same goal. It’s one of the most simple and recognizable ways to show inclusion in any language. We selected this particular font, Caslon, because its Ampersand is abstract and artistic, turning it into a small piece of art. We are hoping it becomes a conversation starter. That men wearing the tie get asked what the symbol represents. That they have a chance to explain what it stands for. What they stand for when wearing it. 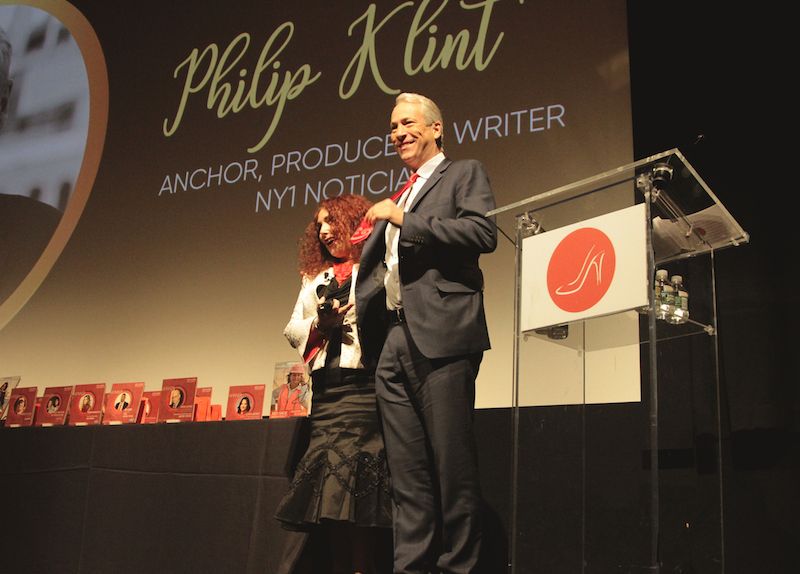 We debuted our signature tie with Philip Klint, the Emmy award-winning journalist, writer, producer and anchor of NY1 Noticias in NYC and the EMCEE of our Awards event hosted by WarnerMedia. We then gifted ties to our Red Shoe Leader honorees —all of them strong male champions who support gender inclusion, the 7 RSM Principles and #RedShoeTuesday initiatives— as they were called to the stage.

And following our tradition, we gave away a number of ties the following day at our 7thAnnual RSM Signature Event at MetLife.

Use your tie to start culture-changing conversations and actions

Clearly, #RedShoeTuesday and #RedTieTuesday are excuses to have relevant, culture-changing conversations.

Here are a few questions you could ask your female colleagues any Tuesday: 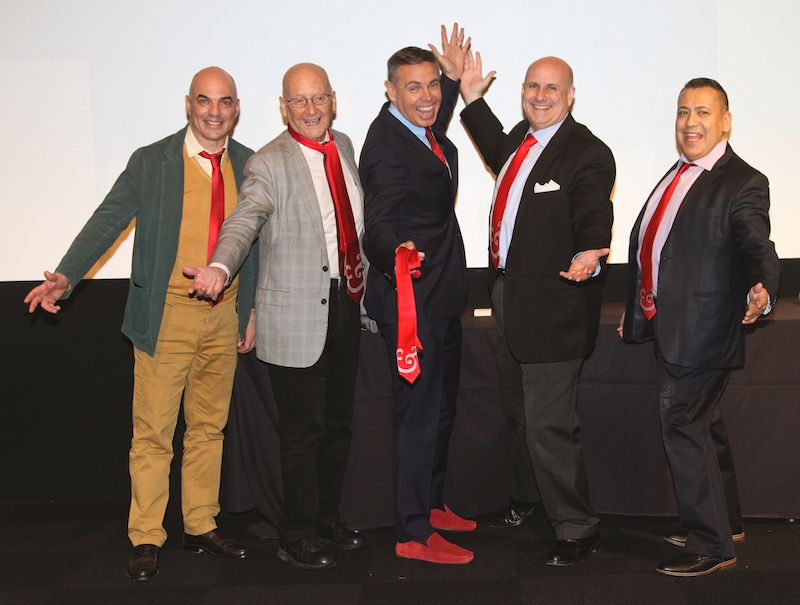 Here are a few simple actions you could take to help level the playing field for everyone in your organization.

Most importantly, join us. Whether you wear our Ampersand tie or any kind of red tie, let’s celebrate together next Tuesday, and the next. Wear your red tie to work and use it as an opportunity to become an even stronger change agent. Share your pictures, thoughts and the effect your red tie had in your environment using our #RedTieTuesday. Nothing happens until you join this conversation. 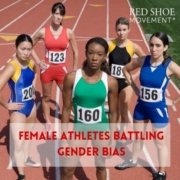 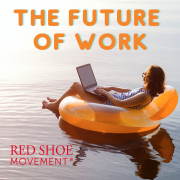 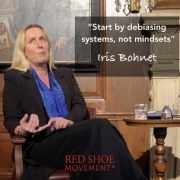 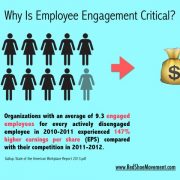 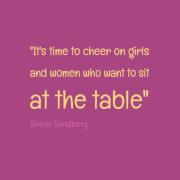 Leadership legacy: a journey built on details and values
Scroll to top 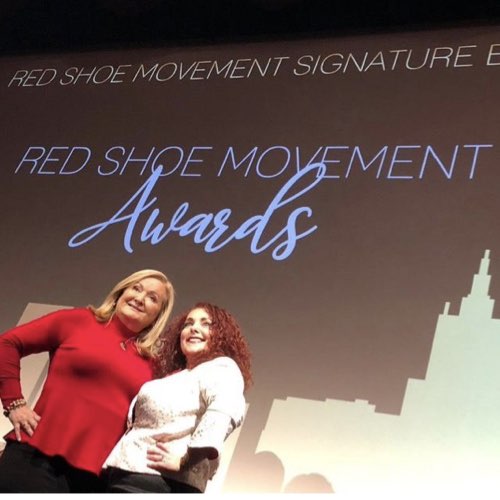 5 Tips to Stay Cool Under Pressure When Things Don’t Go as Planned
2.7K5 min
Leadership legacy: a journey built on details and values 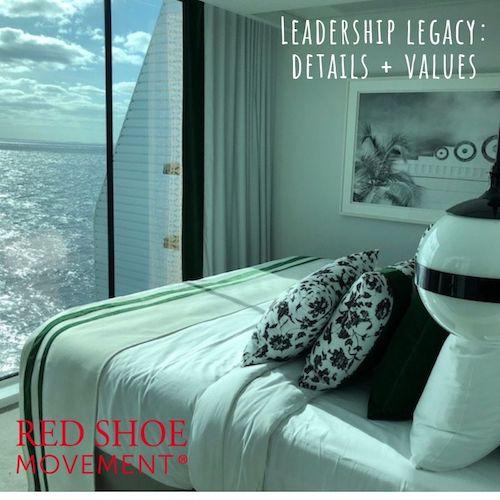