You are here: Home1 / RSM Brings a Women leadership development to Bolivia 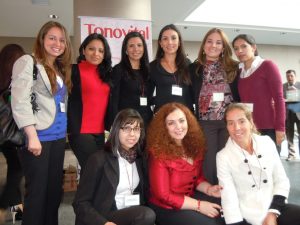 Women leadership development is critical for the continued growth of every country but it is particularly important in places like Bolivia. In this conservative society, that until 1995 had gender discrimination laws in place, women business leaders are becoming more commonplace but they are still far from having equal access to the highest echelons of corporations. They are still fighting off open and more subtle messages that discourage them from fulfilling their career ambitions.  That’s very likely the reason why so many women in the South American nation open their own businesses.

I was hired by AmCham Bolivia to bring two half-day women leadership development programs to La Paz and Santa Cruz. Around one hundred participants joined each event, most of them women business leaders at large corporations across industries (hospitality, utilities, consumer goods, financial services, etc.).

The trip didn’t start that great: I lost my connection on the way down because a Southwest Airways plane lost it’s landing gear upon landing (right in front of our flight.) Thankfully there were no major injuries but the Southwest flight had to be evacuated and the La Guardia airport was closed for a while. After spending an unexpected night in Miami without my clothes —my bag had been checked to Bolivia— I arrive at La Paz at 9:30 PM 18 hours later than expected. My bag didn’t make it though, so I try to prepare mentally to present in jeans and a long sleeve black T-shirt.  The bigger problem was having to adapt to an altitude of 13,000 feet immediately so that I could do my presentation the very next morning. Not good.

But the show must go on so I took altitude medication, drank coca tea and the next morning was ready to go. American Airlines were hoping to get my bag to me early but  it only arrived after my program had started. I ran out to change. I can’t tell you what running does to you at that altitude when you haven’t acclimated yet. Suffice it to say that a full-blown case of the flu doesn’t even come close to the headache and the cloudiness in which you float all the while trying to make sense when you talk.

Gratefully, the group was fantastic and hungry for developing leadership skills that could get them to the next level. Lot’s of intense participation left many of us feeling that the 4-hour program was too short.  Many questions could’ve been asked at any women leadership development program in the U.S. Others were more typical of the region:  How do you explain to your male boss that if you don’t have anything pending you should be able to go home early as long as you stay connected remotely for emergencies? How do you get in the inner circle when you’re the only female executive and people change the conversation the moment you walk in the room? What do you say to the coworkers who call you sweety, sweetheart, doll, and so on, that those names diminish your authority and they should stop?

After the program in Santa Cruz, I took part of a round table of very powerful women business leaders organized by El Deber, the most important newspaper in the city. The goal was to come up with key ways to prepare the next generation of women entrepreneurs. We debated the most important traits of an entrepreneur, what difficulties to expect and came up with five recommendations that the newspaper will publish in an article soon.

Hearing all these women business leaders, whether entrepreneurs or employees share their experiences was inspiring. It proved to me once again that there is no stopping a woman when she sets her mind on anything. These women have climbed over every obstacle thrown their way with charm, a big smile and a pair of red shoes. And the best thing? They are ready to reach out to those who come behind and offer them seats at the table. 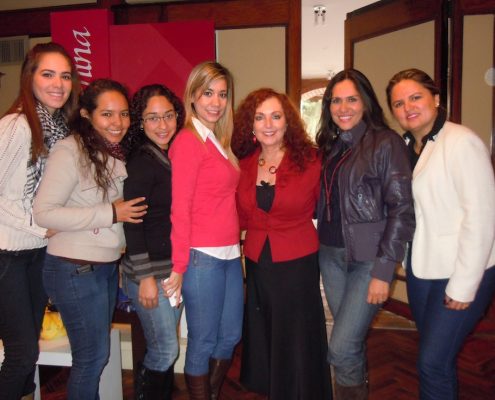 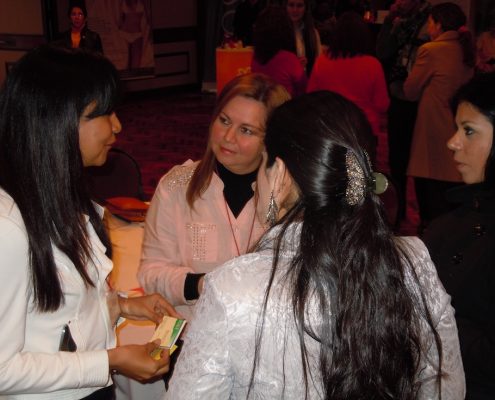 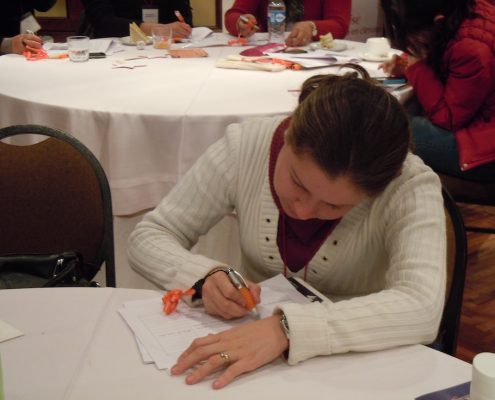 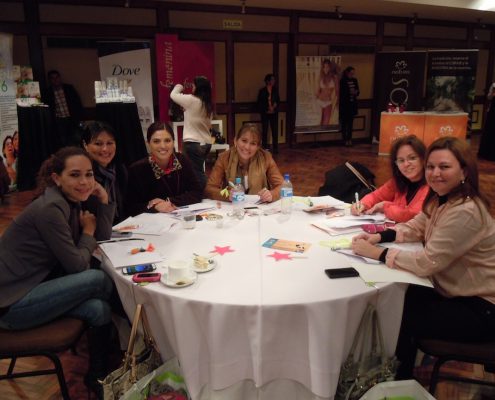 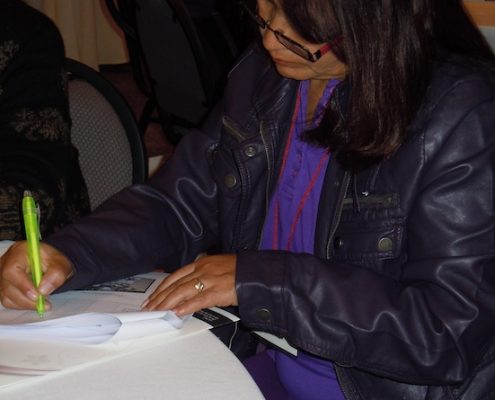 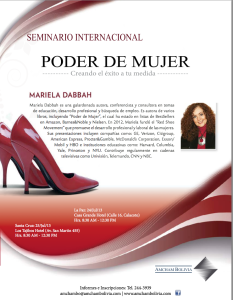