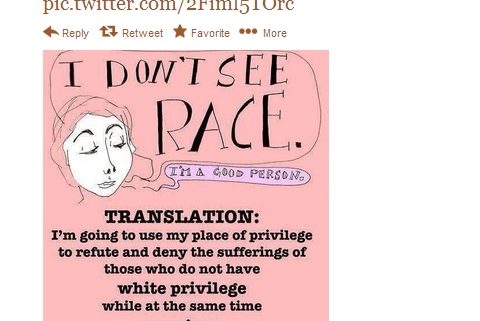 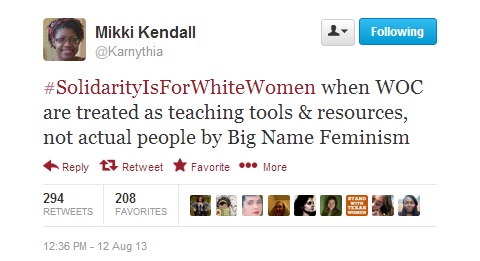 If you are on Twitter you might have noticed the hashtag #SolidarityIsForWhiteWomen and  if you’re thinking it might have something to do with discrimination against women or racial discrimination you’re on the right track.
Many people have taken this hashtag to shed light on various aspects of discrimination, yet many of us are still wondering about how this hashtag started and what it truly means.
For starters the hashtag was coined up by Mikki Kendall, as she explains, in a moment of frustration (via The Guardian). The story begins when author, speaker and professor of history and gender studies, Hugo Schwyzer, had a rather public meltdown on Twitter. Among many of his inappropriate rants, which he later goes on to blame on his bipolar disorder, medication or lack-thereof, he admitted his racial discrimination towards women of color (WOC).
Seeing that feminists were dismissing WOC in favor of brand solidarity, Kendall started the conversation that we should have been having for quite some time. There are two pressing issues at hand: racial discrimination and gender discrimination. Kendall points out that racial discrimination was more or less being put in the back burner in favor of combating gender discrimination (via The Guardian).
Mikki Kendall who goes by @Karnythia on Twitter, has ignited a topic that is quite uncomfortable for a lot of people.  As a result there are now white women who are telling one another that “it’s not for us to defend, explain or protest. It’s time for us to take a damn seat and listen!” 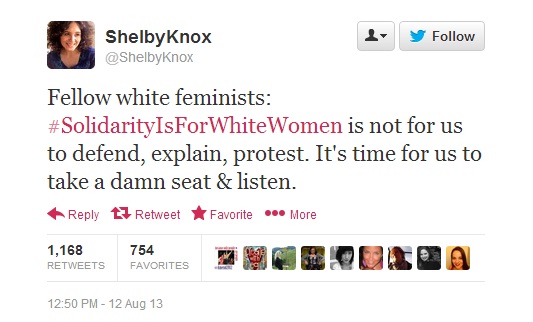 I applaud  those who are taking a step back to take time for introspection. But for those of us who are speaking-up, it’s of utmost importance to take the opportunity to express our concerns and offer our opinions rather than pointing fingers. After all, it makes no sense to try to combat discrimination with more discrimination. How can we say that we don’t want to be categorized when we are quick to categorize others? How can we say we need men to support and respect women when we can’t even respect ourselves?
For us to combat gender discrimination and racial discrimination today, we must first acknowledge that it does still exist. 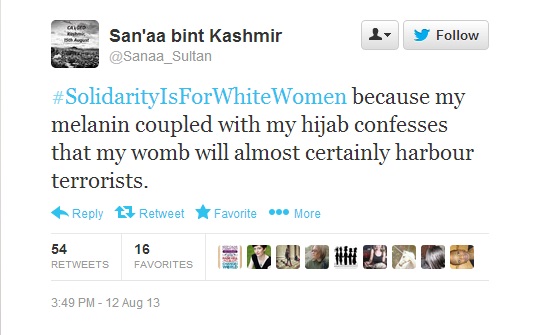 Rather than turning a blind eye and pretending we don’t see race or color we need to see it for what it is and address it appropriately. 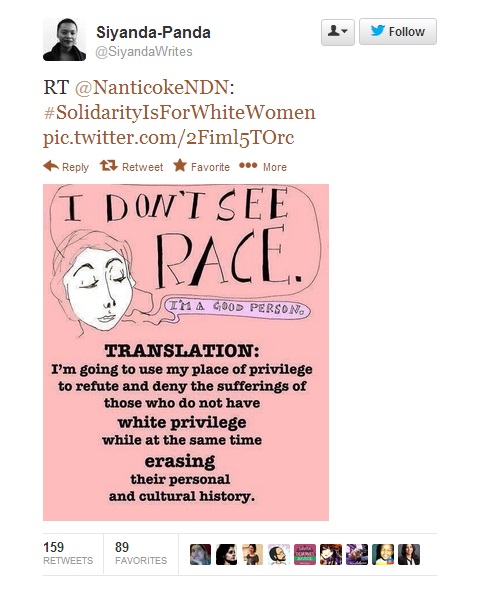 Have we come a long way since the 1850’s? Of course, no one is arguing that but we clearly still have a long way to go – not just in the United States, but globally. Despite the Women’s Rights Movement, gender discrimination is still prevalent at the workplace with women bringing home an average of 77 cents for every $1 a man brings home. But as mentioned earlier, gender discrimination is not the full story. If you don’t believe there’s still racial discrimination check the income difference among different groups of women. African American women bring in 69 cents and Latinas bring home only 57 cents for every $1 a white man makes.

Kendall’s conversation emphasizes that when it comes to women racial discrimination and gender discrimination should be equally addressed. Will it be easy? Probably not, but as @NanticokeNDN mentioned in a quote, “Feminism is worthless without intersectionality and inclusion.” 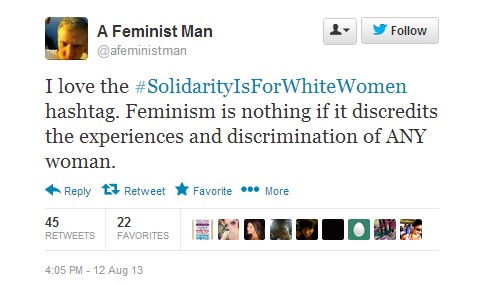 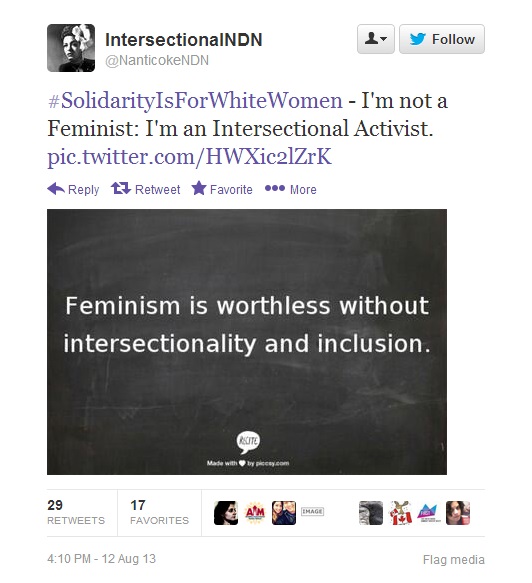 Similarly, to claim that we are in support of women, but exclude any race or women of color is to lose complete ground in the battle of discrimination. Now that the conversation has been started it can’t stop just there but we must ask ourselves what we can proactively do in the wake of #SolidarityIsForWhiteWomen? What changes need to be made and how will we go about making those changes? Rather than seeing the obstacles and difficulties ahead of us, we can begin by looking at ourselves and seeing what is it that “I” can do, how can “I” change?
0 replies