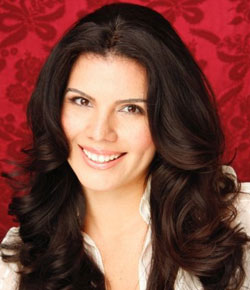 How did you get to where you’re now at IBM and with your own company.

It’s been a long road, but there is a lot more left to walk…

Like most of us in broadcast media, I started building my career from the ground up. I got my feet wet as an intern at CNN in New York City, where Patricia Pedraza, my first mentor, showed me the ropes in the world of television news.

Then, after graduating from college I landed my first job as technical operator at Bloomberg Television. There, I climbed through the ranks. I worked in both radio and television as a production assistant, writer, reporter, and lastly as senior producer. At Bloomberg I had the opportunity to learn everything there is to learn about making live television news. From satellites and fiber optics, breaking stories that move world markets, to delivering an objective and accurate message to the public.

I have always been interested in technology and in learning how things work from the inside out. So, when the opportunity presented itself to go back to school to pursue an MFA in Design and Technology at Parsons, I seized it. Making the decision to go back to school was not easy, and it wasn’t in my immediate plans, but if asked, I would do it again. At Parsons I was able to update my skills in media. My focus was transmedia; web and mobile development, and my thesis on reinventing the television production process integrating the television connected to the cloud, to create a rewarding interactive experience for audiences in real time.

My well-rounded media background opened opportunities I never imagined, among them, landing my current position in the digital content strategy team at IBM.

What are some of the biggest challenges you face as a woman in an American corporation?

Throughout my career in broadcast media and technology I am often the only woman, or the only “other” woman in the room. But, I never considered that being a challenge. I see that as an achievement. I’m a small-city girl from Venezuela who has worked at three of the largest media and technology companies in the world. I am where I am because of my dedication and hard work.

The path to success is not supposed to be easy. It would be very boring if it were. The hardest part is to have a goal, a purpose. Once you have it set, all you have to do is focus. Nothing should stop you then.

Have patience. You do reap what you saw, and your hard work will be noticed, even though sometimes it takes longer than we would like. Be confident in yourself. You know what you are good at, and you should focus your energy in being the best at what you do. Be a forward thinker.

I recently finished my master’s degree and graduated with a group of young women. I encourage them to define a career goal for themselves based on what contribution they want to give to their profession, their community, the world. I also advised them to consider the current economy in their plan. Having dreams is key to keep moving forward, but we also have to have a realistic plan on how to achieve them.

Annette held my hand through the maze of applying for college. Thanks to her I applied to Montclair State University where I studied under an amazing team of professors who gave me all the right tools to navigate the broadcast world.

Patricia was my first mentor. I will always look up to her as one of the best television news producers in our times. She showed me the ropes for how to “make it happen” in the edit room, the studio, and in the field.

Joan is my current mentor. Every day I learn from Joan. She has given me the opportunity to grow professionally in the digital media world as we shape the future of the Web.

You can connect with Marisela through social media: Linkedin and Twitter.

Featured Posibl.com Dreamer
Scroll to top
X
Kelly Dooley, BodyRockInfluential PeopleHow did you get to where you are professionally today? I always say that I started BodyRock on the day before my first marathon, which was The Walt Di…
3424 min
X
Featured Posibl.com DreamerInfluential PeopleMelanie Ramirez I can honestly say that at the age of 17, that I am most certainly living my dream. I have taken Public Relation Pre-College courses a…