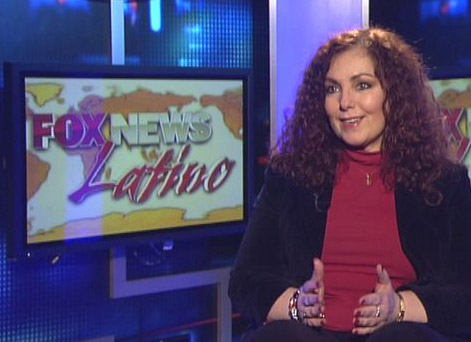 When Nora Bulnes, Publisher of Selecta Magazine—a 30-year old, well-known, glossy South Florida magazine—grabbed the microphone at the recent launch of my book, Poder de Mujer, at Neiman Marcus Bal Harbor, the high profile attendees were in tears. This indisputable leader in the Miami community talked about an experience all too common among women: being the target of envious peers of the same gender. “How many of you know that I arrived in this country with $5 and a young daughter? Or how tough it was at the beginning? Throughout my life, many women envied the shoes I bought, but where were they when I needed help?” asked this powerful woman who is a frequent guest of Donald Trump and whose magazine covers the life of the rich and famous.

My new book came out in March for Women’s History Month with a picture of red stilettos on the cover to signify that women can achieve their goals with their own feminine style. Concurrently, I launched the Red Shoes Movement inviting women to wear red shoes to work as a way to show their commitment to support other women. I wish there were no need for this kind of initiative, but unfortunately, just as Mrs. Bulnes’ story demonstrated the day of the event, this is not a new problem and it hasn’t changed much in the last 30 years.

Given the multitude of obstacles that women face in gaining income parity and equal access to powerful networks in the workplace, it is sad to see our own gender-mates adding fuel to the fire. Why do women tend to be harder on each other than men are? Many theories address this issue. Some point to the evolutionary advantage of jealousy, others to the internalization of messages of oppression, sexism, and misogyny that permeate cultures everywhere.

There’s probably more than one way to explain this phenomenon, yet we have outgrown many traits that were useful at some point thousands of years ago and that no longer serve us well. What will it take for more women to realize that helping other women grow professionally is a key aspect of our survival in today’s workplace? Only when women help other women reach their full potential will we really move the needle. There will be more women executives. More woman-owned companies will have access to capital to take their businesses to the next level. And there will be a woman President of the United States.

At the Neiman Marcus cocktail party, I had the privilege to be on the receiving end of this empowering behavior. A group of strong women such as Nora Bulnes, Remedios Días Oliver, founder and CEO of All American Containers, Inc, and Beatriz Parga, renowned journalist and author of La Maestra y el Nobel (soon to become a movie,) put their power behind me. The result: not only did I get a chance to share my book and vision with an influential audience, but the guests at the event got to connect with each other. Everyone’s network got stronger and larger.  Therefore, everyone’s opportunities multiplied.

I’m encouraging women to share their stories of success while wearing their Red Shoes to work as a way to create a positive movement to inspire more of us to continue to open doors for each other. Eventually, the sheer force of peer pressure will make it a norm for women to wear red stilettos to walk side by side rather than to step over each other.

Mariela Dabbah’s new book Poder de Mujer was just released by Penguin. She’s a leadership consultant for corporations and organizations, an award winning author and renown public speaker. She’s the founder and CEO of Latinos in College, a not-for-profit organization that helps students and families find everything they need to succeed in college.

Are Hispanics Just an Abstraction for ‘Time’ Magazine?

Millennial generation in the workplace: Millennials Who Make Us Proud
Scroll to top

Latinos Must Urge Community to Take ESL Classes
3404 min
Millennial generation in the workplace: Millennials Who Make Us Proud