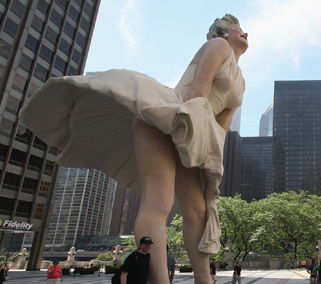 It was one of those visuals that are imprinted in your mind and follow you for days. Time Square on a hot summer morning. As a large group of tourists and locals get ready to cross the intersection, a sudden breeze caught a young woman unawares. Her light dress took flight a-la-Marilyn Monroe leaving her spectacular legs and perfectly rounded butt exposed. Thank God she was wearing a lacy-red thong. Seriously.

While the hordes walking behind her – me included – gasped at the sight, she calmly grabbed at the skirt and held it tightly until she made it safely to the other side of the road. Then she continued walking as if nothing out of the ordinary had happened. As if she hadn’t imprinted an image in our brains that would became the anecdote all of us would repeat to our friends throughout the day.

To me, this young woman was the epitome of grace in the face of a stressful situation. A show of ultimate confidence and preparation. How so, you ask?

First of all, confronted with a similar situation, most women would’ve been utterly embarrassed and mortified, a feeling I can’t imagine this woman experienced even briefly. Second, the control she exercised and the calmness with which she handled herself leads me to believe that she was prepared.

She looked more like a local than a tourist in which case, she might be well acquainted with the idiosyncratic winds on that corner of Manhattan. Rather than avoiding the area, wearing pants, or bothering to remember to hold on to her skirt as she approached the intersection, she decided to wear outrageously sexy panties just in case something unexpected like a burst of warm air lifted her dress above her head.

To me, this episode is a great reminder that you never know when something unexpected might happen, but, if you’re prepared, you can manage the situation with confidence and ease. Rather than being caught with your pants down – or your skirt up – you are better able to take the bull by the horns and deal with the difficulty. The difference is that when you put some effort in the preparation, the amount of aggravation, energy and time wasted when something doesn’t go as you planned is considerably less. Instead of stressing, you can explore ways in which you can leverage this contingency and even turn it to your favor. I don’t need to explain here what that could look like for the woman in my story who took the concept of “lady in red” to a whole new level.

I love that kind of foresight and deeply admire her confidence. Now she only needs a pair of red shoes to complete the outfit.
Mariela Dabbah’s new book Poder de Mujer was just released by Penguin. She’s a leadership consultant for corporations and organizations, an award winning author and renown public speaker. She’s the founder and CEO of Latinos in College, a not-for-profit organization that helps students and families find everything they need to succeed in college.

This article was first posted on Fox News Latino 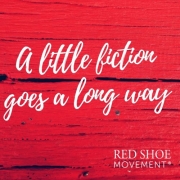 Some crazy dreams do come true when you persevere!

When Students Empower Other Students

If You Don’t Speak English, Don’t Run for Office

Is Your Passion Getting in the Way of Your Promotion?

Paying for College: The 411 on 529 Accounts
Scroll to top

Is Your Passion Getting in the Way of Your Promotion?
3403 min
Paying for College: The 411 on 529 Accounts