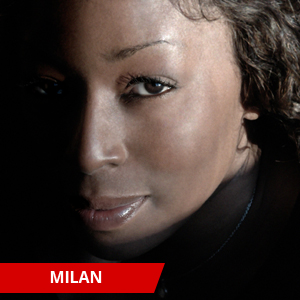 There are very few women in the sport business and when you look at minorities, there are few and far in between. But Deborah Martin, CEO of DM Milan Group who splits her time between Milan and New York, is one of those few women and she’s a powerhouse at that. Born in Washington DC and raised in South Carolina, she comes from a family of successful entrepreneurs and “firsts”. Her great grandfather was his state’s first black electrician who owned a successful electrical company. Her grandmother – an influential woman of her time—had a Master’s degree and was the first black on a Museum board. Deborah attributes much of her own success to her DNA and to her family’s influence.

You represent soccer legend Clarence Seedorf (Dutch) and recently got him a big contract with a Rio de Janeiro team. What is it like to be in such a male dominated industry?

Challenging. My work in football is more about “the business of football” than expert knowledge of it. Despite the successes and contributions I’ve made together with Seedorf in football, some always refer to the fact that I am not a football expert, though many of them are not either, they are just extreme fans.

I find that there’s often an attempt to ignore or not adhere to my observations or decisions. Fortunately, I am, in most cases, in the position to let’s say “insist”. At the end of the day when you score, making the right calls and moving things in a progressive direction, that’s all that counts.

I have found the Brazilian market much more open and appreciative of my contributions than the Italian market. I will never forget when we arrived in Rio, after I made the move and signed the contract for Seedorf with Botafogo – there wer more than 2000 people at the airport chanting “Deborah, Deborah”. To this day the people of Brazil approach me on the streets, thanking me, acknowledging the contribution made in football by being the first to bring a European champion (one particularly as huge as Seedorf) to Brazil; when traditionally, champions are exported from Brazil, not imported.

What happens in Italy is quite the opposite. The moment I was commissioned as the sole negotiator to sell the 100 year old club AC Monza, the press derided with headlines like, “It’s official Monza is in the hands of a woman.” The press started calling me “Lady di Ferro” (Iron Lady). They write about what I wear, my posture or even the physical distance I keep with people. It may all be true, but you never read/hear these things about a man.

What advantages do you have as a woman in this industry and how have you leveraged those advantages?

My greatest advantage as a woman in the sports industry (as opposed to entertainment, where my clients have included Beyonce, Britney Spears, Cameron Diaz and many, many other A-listers) is my distance from it. I really like and appreciate football, but I am not a die-hard fan. I approach all my deals from the business point of view, so I’m more practical, less idealistic. It has been said that there’s a freshness in my opinions that is much needed for the health of football and the clubs.

Believe it or not, most European clubs survive because of the passion and commitment of their wealthy owners, not as a result of the business success of the club.

As you can well imagine, initially the men who I must deal with are not expecting “me”. I look like, dress like and behave like what I am – a woman. This seems to come as a big surprise, but is guaranteed to get their attention. The key is that once you’ve got the attention you’d better keep it with innovative thoughts, know-how and excellent contributions.

I do not try to be one of the boys. Why should I want to be what I am not or like everyone else? As a woman who grew up in the South, I command and enjoy the respect that I was raised to expect from men. When I enter or leave a room, they stand, they pull my chair, open doors and give me a bit of preferential treatment to me as a woman and I gladly accept it.

While honoring me as a woman, they are also giving me a bit of control to move things at my pace. It automatically puts you at the head of things.

Then your job is to keep the control, own it. It’s a powerful thing being a woman – and I embrace it!

What are some of the biggest challenges you face in your industry and in your job?

Language!! I work all over the world and must communicate, negotiate and even structure contracts in Italian, Portuguese, Chinese, Arabic, Spanish….

That would be the greatest. Only second to being an exceptional, very present mother while being a good business woman. My daughter Sophie knows her mom works but does not feel it to the degree that she could. I take her to school, pick her up and am present in all her extra curricular activities be it swimming, ballet, music…mom is there. I travel a lot with her and try to schedule most trips around her school schedule…now that’s a challenge! The international aspect does help it go more seamlessly, because when I put her to bed, my office in LA is just starting to awake and NY is still going strong. The Asian market is handled with ease as well. For me, as a mom, the best location to conquer all time zones is Western Europe but I live on little sleep.

What do you find the most satisfying part of your work?

Making changes. Coming up with new thoughts, new ways of looking at what can become stagnant. Contributing to growth, accomplishment. It’s not even that others understand the role you’ve played or contributions you’ve made; it is the personal satisfaction of seeing what you helped make happen and how it has brought change and enriched an industry, and thus touched millions of people around the globe. How awesome is that! I felt this in the music/film industry and now in football as well. (And on a global scale football’s influence trumps music and film. I never realized that before and I was shocked when I found out.)

Be true to yourself and don’t try to compete where you don’t have to. It goes back to my answer about using my being a woman to my advantage. If you are a woman, why not embrace it. And if you are blessed to also be beautiful then all the more. You can’t hide what you are. Recognize all your gifts, assets and utilize them in a constructive way. I do not suggest to rely on them or to use them unprofessionally or inappropriate; but it makes no sense trying to become one of the boys.

I have brought several young ladies under my wing. I have them work closely and directly with me so they can see things first hand and gain know-how from experience. I suppose it’s a mentor/mentee type relationship, though I don’t particularly appreciate the word or feel it adequately describes my gesture. I also make myself available to speak with young people in general, and am often asked to do so. Women are always the most inquisitive during the q∓a.

Woman executives in the music industry, like Lucy Raoff, Yvette Noelle Shure, Terri Haskins were a few of the women who supported me in the early days. They knew we were in a male dominated industry and when they recognized my skills they allowed me to make contribution beyond what was usually expected of people in my position. This contributed tremendously to the growth and expansion of my business, and it enabled me to transcend the boundaries of industry, country and gender. 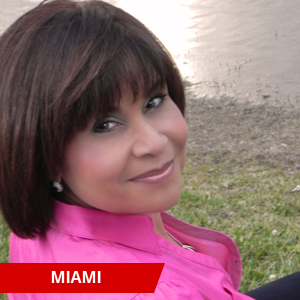